So there is a new Space Marine codex now, and everyone is all excited about Marines again. This reminded me that, somewhere in our stack of mini cases, we had a small group of Crimson Fists that the wife had painted up way back, so I thought I'd get them out for a look. I think they were initially there as allies for her Sisters of Battle/Inquisition back in the Codex Witch Hunters days. So here they are...

Two full tactical squads, both with smashy sergeants, plasma guns and a heavy weapon. I think people like Tactical squads now, but obviously just 20 of them isn't very usable. With the Crimson Fist Chapter Tactics they would be more useful as 5 model units to benefit from being outnumbered.

So here they are organised into a simple battalion. The two sergeants have been given a promotion to Captain and Lieutenant, leading three squads of five. A few marines miss out, but it makes a legal detachment. Not exactly optimised, but might be a fun little addition to another Imperial list. I might have to sneak a bit of red to pick out the new squad leaders though - a second red fist to denote veteran status should do I think. 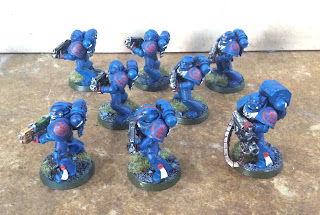 And a side on look at some of them - all free hand chapter symbols! I do have some thoughts of reinforcing them with a few units (I've got some terminators and old metal scouts hanging around, and I hear there are these new things called Primaris Marines?), but I might cheat on this bit! 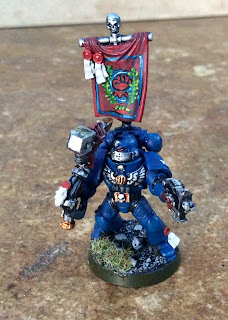 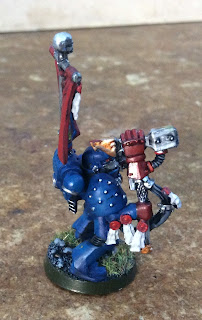 The 'Captain' with a lovely freehand banner and a thunder hammer pinched from Captain Lysander. No jump pack or storm shield, but he should still be a decent threat to anything getting too close. 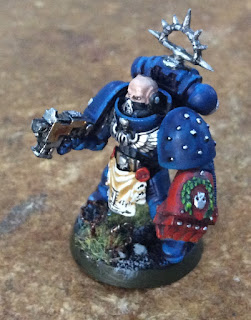 The 'Lieutenant', sporting, appropriately, a power fist. This guy looks like he's seen some things. 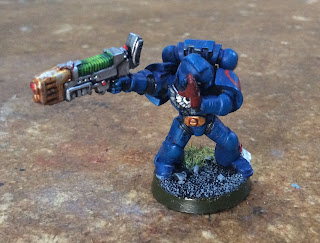 And finally, a classic conversion. Always overcharge your plasma guns!

Anyway, there they are. I might have to grab the Codex and give them a bit of a run alongside the AdMech or the Sisters. And who knows, maybe they will get some new friends as well?

If you've been following me elsewhere, you may be aware that I've finished up my Adeptus Titanicus Warlord... 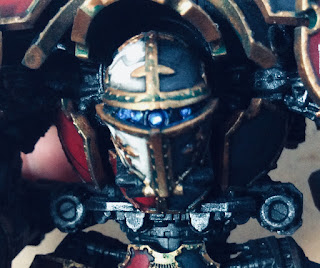 So of course, here are some pictures! I've not done a stage-by-stage for this one, but it was essentially the same process as the Reaver/Warhounds as covered here, only taking significantly longer because there is a lot of gold trim on this model! 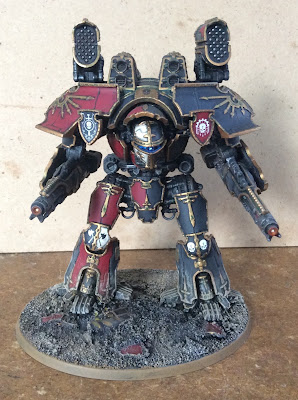 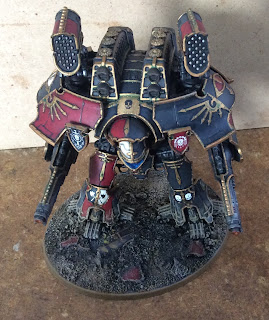 I did break my 'rule' of keeping the coloured panels to a minimum, and went fairly heavy on the red, though I think it's justified on a big, centrepiece miniature that wants to stand out. I deliberately kept most of the colour to the model's right side, as I like the asymmetrical look it gives, I think it suggests the Titan is a unique 'character', rather than a mass produced war machine. 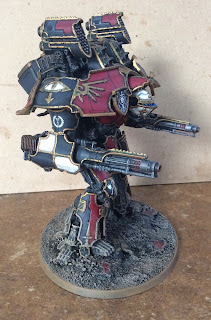 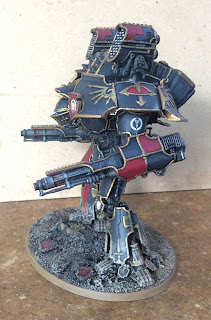 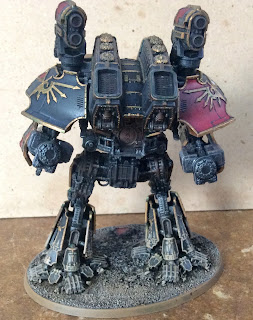 Please forgive the slightly wonky missiles on the right - the magnet went in wrong and had to be hacked apart to be fixed, and left it not quite level. As before, I put some extra effort into the base, this time featuring the remains of a loyalist Titan crushed into the ground. I painted it in the colours of Legio Ignatum, since the Fire Wasps were fierce rivals of Legio Mortis even before the Heresy. 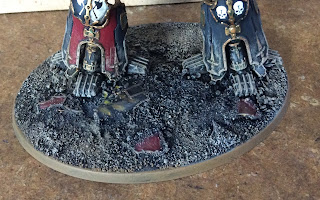 With the Warlord painted up, I felt like getting the whole gang out for some pictures, along with some of the assorted tokens and measuring tools that come with the game: 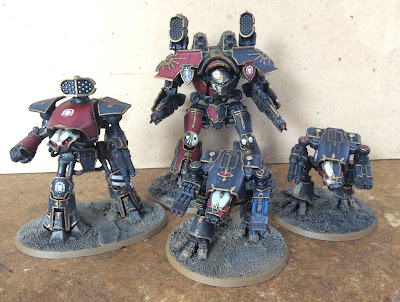 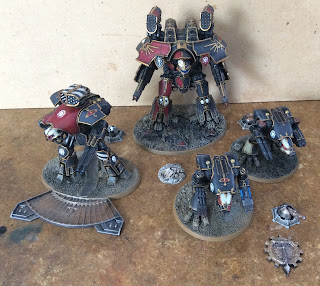 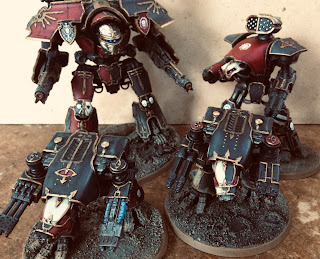 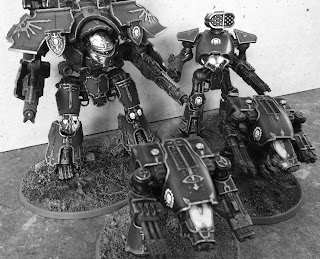 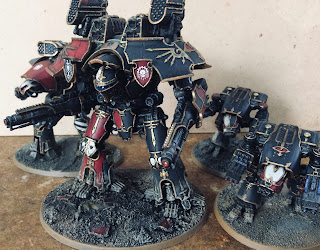 Anyway, I'm really pleased with how these Titans came out. Hopefully I'll be able to get them another game sometime soon!
Posted by Redtoof at 16:34 2 comments: