Due to boring stuff like work and sleeping taking up all my time during the week, I decided to do my packing for Element Games' Element Games Grand Slam at Element Games early. I also thought I'd use it to make a little guide to tournament preparation, so here is exactly that.

Step 1: Find a tournament to go to. Buy the ticket. Sort out travel/accommodation as appropriate. Luckily I have already done all this, since the tickets have been sold out for ages.

Step 2: Read the rules pack. Especially the bits about army restrictions and list submission. If you are really into doing it properly, you might want to study the missions and scoring system in use, and apply that information to step 3. I had a good read through it, and largely ignored it for the purpose of writing my list. But at least I knew what I was ignoring!

Step 3: Write an army list. Ideally using miniatures you own and are painted - but if not, painting your army the night before is totally a thing. The list I'm taking can be found here, but as there is also a casual, friendly 1000 point tournament the night before the main event, I wrote two lists! Obviously I couldn't resist taking the new Orks again, so my other list looks something like this: 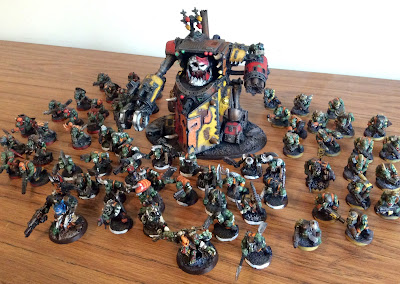 Step 4: Put that army in a box. I guess you could carry them in a bag, but that's probably inadvisable. I like to put all the models out in one place first so I can see them all together and make sure I've not missed anything. Boxes are available from the internet and from shops.

Step 5: Grab all the rest of the stuff you need and put it in a bag. You could use a box for this, but then you'd be carrying two boxes! The madness! Frequently the rules pack from Step 2 has a nice checklist for this. Some might say the existence of such lists renders this blog post almost entirely irrelevant. To that I say; "good point". 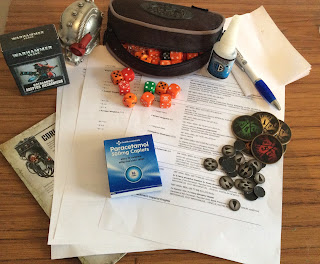 Step 6: That's basically it. Now don't forget to turn up! (Especially if you were painting your army all night instead of sleeping...) 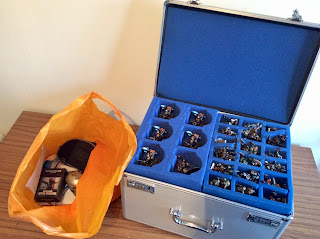