Adepta Sororitas army - The Order of the Azurine Heart

Apparently the Sisters of Battle are totally in right now, thanks to some amazing new models and a lovely new codex that most of us can't buy yet. With that in mind, I thought I'd get all of my wife's classic metal Sisters and set them out for some photos. While the new models may be bigger and fancier, these ones do have a wonderful nostalgic charm to them, and to my mind have largely aged pretty well. It also helps that these ones are fabulously painted. It's not the first time the Order of the Azurine Heart have been on the internet. They have previously appeared in a SorcererDave battle report against the Word Bearers, and there might be a rematch in the works...

Anyway, some pictures! These are, as mentioned, mostly older metal GW minis, but there are a few third party ones in there (most notably the Crusaders and the wings on the Seraphim Superiors) and many, many conversions. Look out for extra books, purity seals and candles everywhere. We've also got the old Forgeworld Exorcist in here from before it was a giant pipe organ (in case you were wondering what that funny looking whirlwind was at the back). As this army was largely put together during the old Codex: Witch Hunters days, there is a significant Inquisitorial presence as well that is not shown in these pictures. Maybe in a future post... 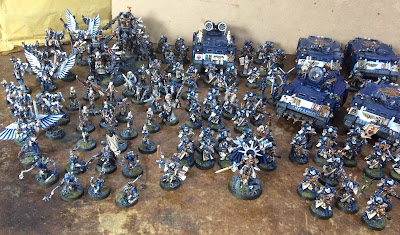 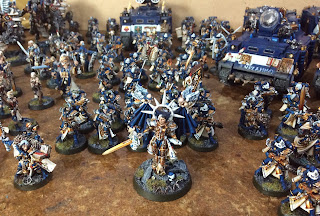 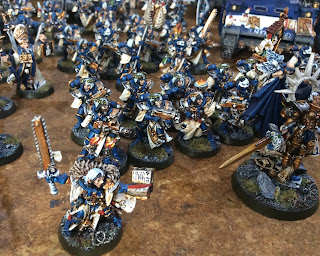 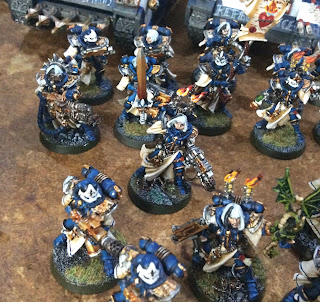 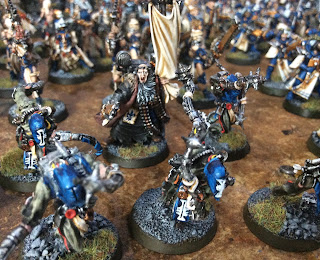 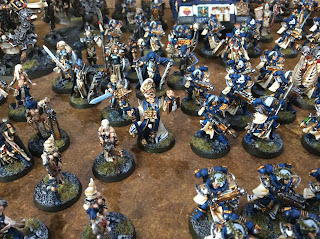 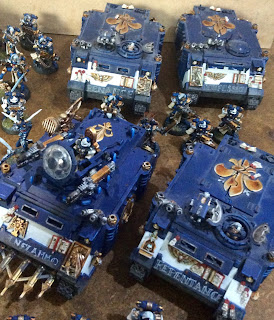 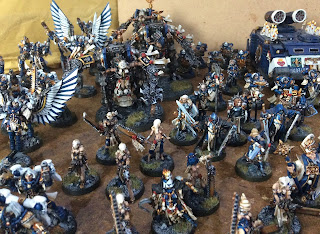 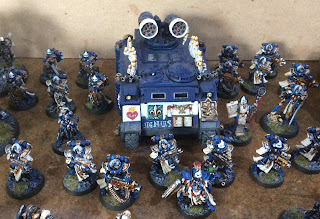 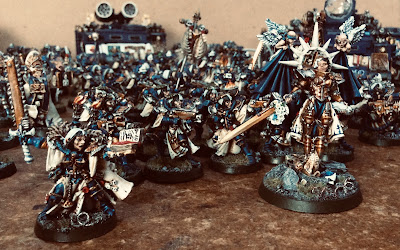 Hope you like them. Feel free to say nice things, I won't be embarrassed since I didn't paint them!
Posted by Redtoof at 16:35