Hello!
As some of you might know, I've been working away on some minis for other people recently. Those were the warm up however, as now I'm working on a big blob of Space Wolves. I started with the Thunderwolf Cavalry, partially because the doggos were fun to paint, and partially because they've got a load of distracting bling so I could get away with messing up the armour a bit! I've been using a combination of a grey primer, dry brushing and my first attempts with contrast, so it was a bit of an experiment - but I think it worked! So here they are, twelve of them, four hammers, four axes and four with claws. 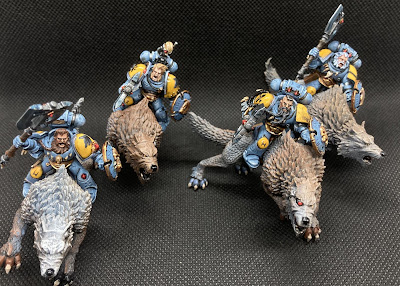 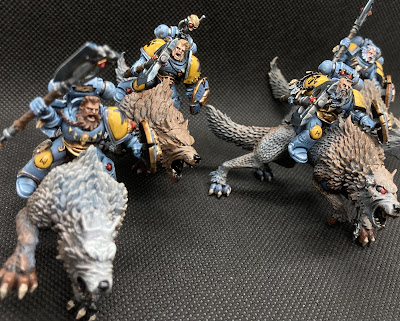 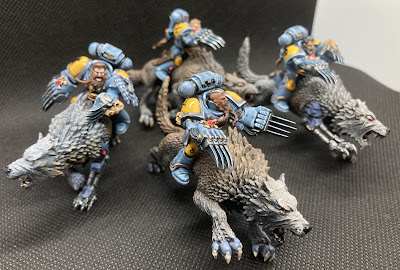 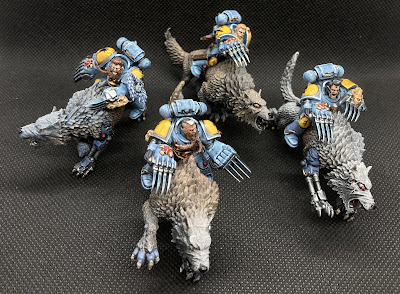 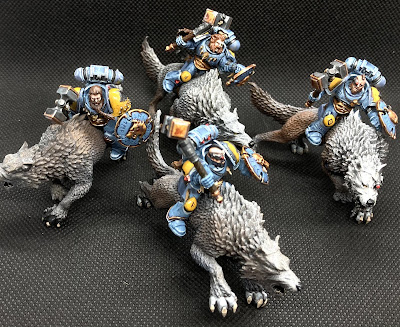 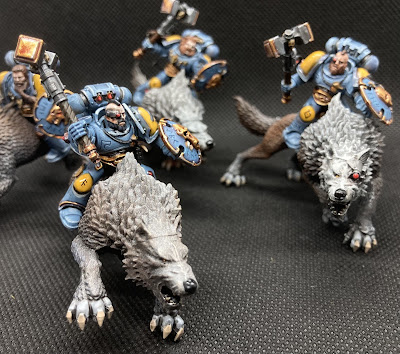 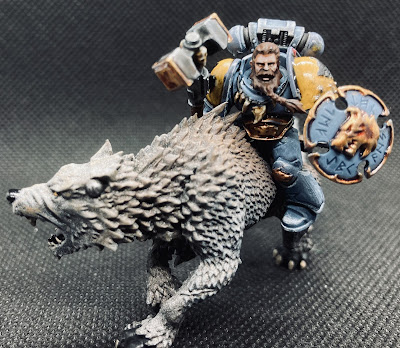 This guy is definitely Liam. 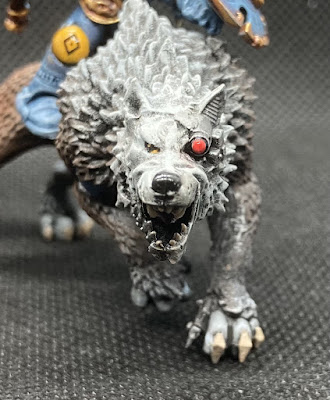 Bork bork! Anyway, hope you like these guys, thanks for looking, and stay safe.
Posted by Redtoof at 11:20