Hello!
So obviously as a Snakebite Ork player, I absolutely had to get the Beast Snagga Box to add to my collection. It feels like a very long time since my faction got some love, with most of the previous few waves of Ork releases focusing on vehicles. As you may have noticed, I tend to prefer the old ways of footslogging into the enemy guns! In addition to the contents of that box, I also picked up a load of Gretchin to add even more green bodies to the collection! 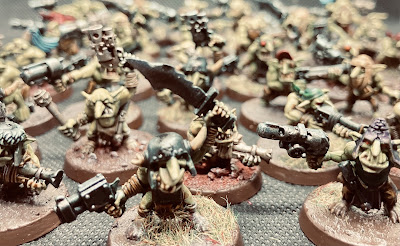 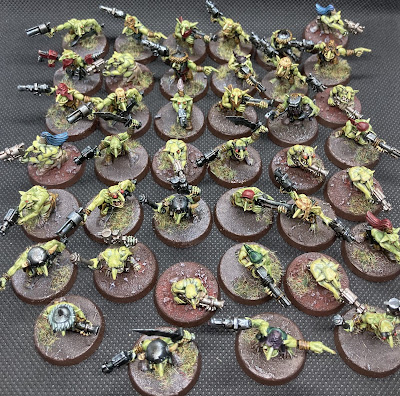 Lotsa Grots! These were an ebay purchase, with about 10 already painted and the rest sprayed green. I went for a nice easy scheme to get through them quick that ended up looking pretty similar to the already painted ones, which was nice. Drybrushed the sprayed green grots heavily with bone, then used contrast Plaguebearer Flesh for the skin, and other contrast paints for other areas. Notably Snakebite Leather for most of the clothing, belts, pouches etc. Black Templar went over all the metal, which got a big of a drybrush and some brown washing to dirty it up. Pick out a few details and that's about it! 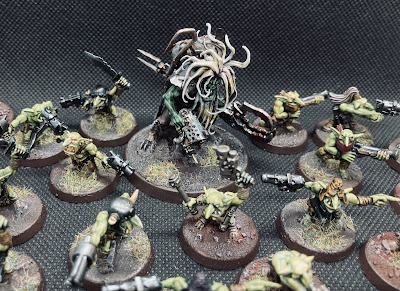 Of course the real reason for the Grots is an excuse to field Zodgrod Wortsnagga, the crazy old Runtherd character who for some reason things the Gretchin are actually worth something. 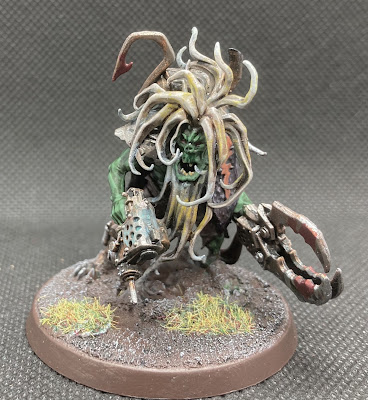 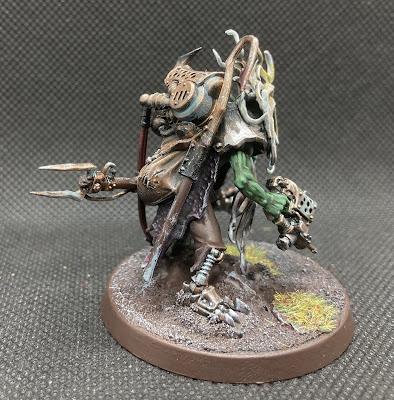 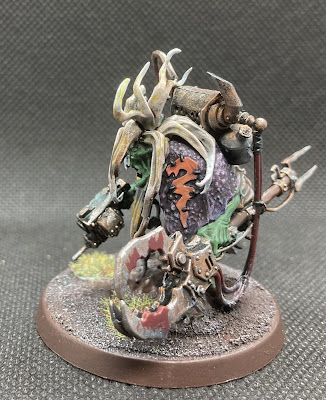 Though really he's a renegade, he still wears his Snakebite heritage proudly! Quite a dirty, dark model so I took the opportunity to add a splash of colour with his beast hide shawl thing and clan symbol. 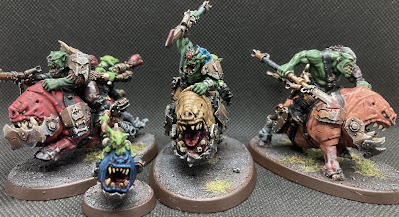 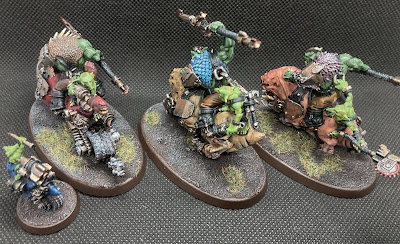 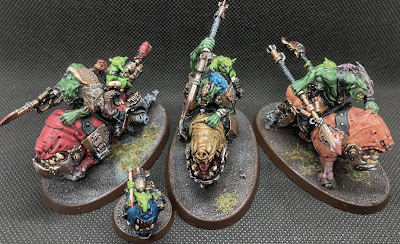 Speaking of Grots, here's some taking a literally piggyback ride with the Squighog Riders! These models really are very cool, I'm looking forward to getting them on the table soon! That said, they are quite unique in their pose and don't really have any easy options in the kit, other than leaving off the iron jaws, so I'm not sure how well they would go as a duplicated set if I should get some more. 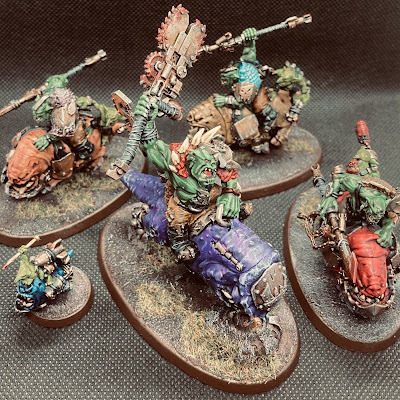 Leading the Squighog Boyz is the awesome Nob on Smasha Squig! 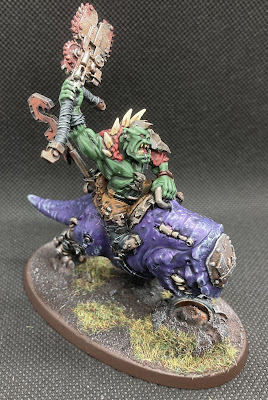 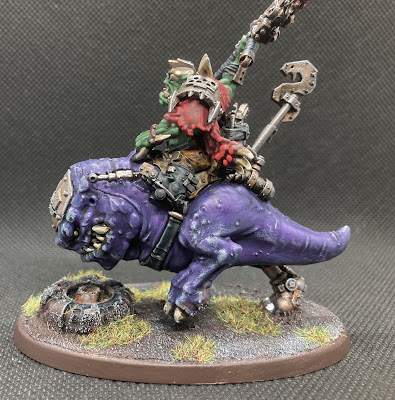 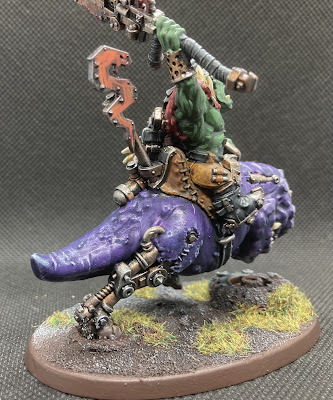 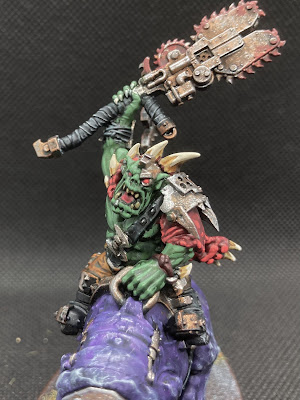 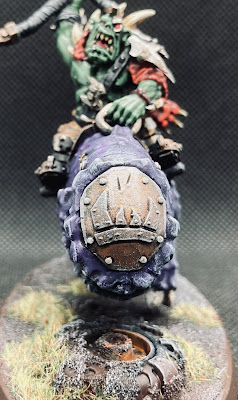 I think this is my absolute favourite model from the Beast Snagga box, there's something so incredibly Orky about ramming enemies with a Squig with a metal plate in it's head. Also good fun to paint the 'purple dinosaur'. 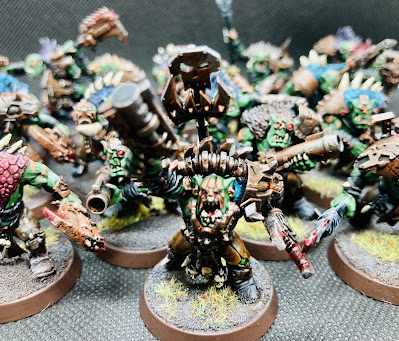 Finally, the Beast Snagga Boyz themselves. These guys have already seen the table, appearing in the latest version of the Green Tide list against Custodes. 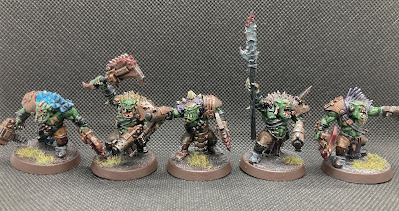 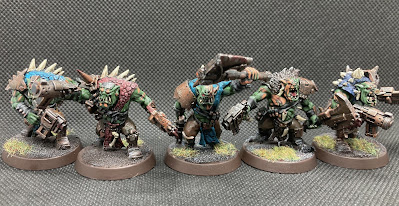 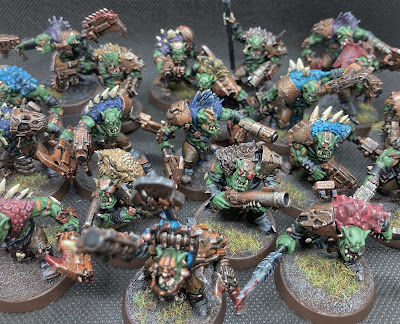 There's twenty models in the set, two lots of the 10 man box, and unlike the Squighogs I found them quite easy to swap around components and add bits for conversions so that I don't have duplicates. I was even able to give the thump guns to two different bodies. Added to that the assorted hides were a great excuse to get a nice colourful unit, to go along with the orange warpaint and rusty metals.
Overall I'm pleased with the results on this lot, and looking forward to seeing more of what they can do! Hope you liked them as well, stay safe and WAAAGH!!!
Posted by Redtoof at 17:20