I've not just been getting excited about the GT recently, but also something at the very opposite end of the 40k scale of narrative - an all new series of battle reports with SorcererDave! This campaign though is going to be a bit different from what we did previously in The Battle of Morgan's Reach, in that we are dialing the narrative up even further, making a few more tweaks to the rules, and borrowing plenty from tabletop roleplaying games.

We filmed the first game this week, and it was a load of fun, so I really hope it's enjoyable for the viewers when it gets up to YouTube, as I'd like to do more! We did try to cut out a chunk of the unnecessary waffling, so I thought I'd write some companion articles to replace it and expand a bit on what is happening. This first one is merely an introduction to the setting and the characters of the Imperial forces, controlled by me. There's also some nice pictures in here, some I took, some taken by the Sorcerer himself. He also has some more info on the wider setting for his battle reports here. 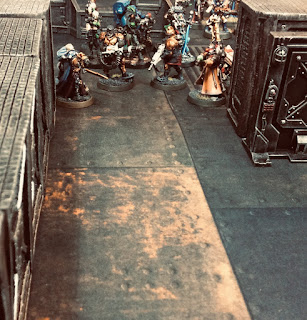 The planet of Reuvengrad, only habitable world in the system of the same name, is a relatively unremarkable hive world within the Acheron sector. It is situated near to many active or recent warzones but not close enough to be considered currently under threat. A number of regiments are being raised for the Astra Militarum to fulfill and exceed the world's tithe quota, and Reuvengrad is expected to contribute men and munitions to Imperial war efforts in the Gulf of Athena for many decades to come. 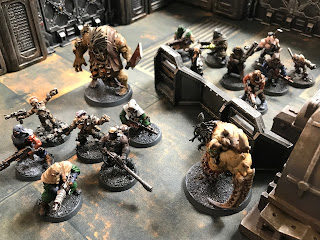 Reuvengrad has long had issues with heretical cults springing up within it's underhives. The local enforcers and the Adeptus Arbites have so far been successful in shutting down these cults before they could spread significantly, but their persistence is apparently cause for concern by some. Several members of the holy ordos of the Inquisition have recently arrived on world, each for their own reasons, but apparently all linked to the cults. 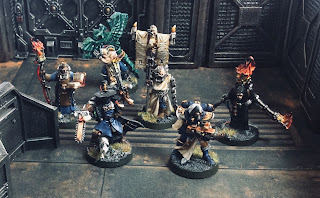 Inquisitor Mortimer Arctos of the Ordo Hereticus was drawn to Reuvengrad by, of all things,  irregularities in the recorded movements of transport ships and their cargo. Regarding himself as a witch hunter, his experience told him that something didn't add up, and that it was evidence of something more malevolent than mere smugglers or thieves. Along with his retinue and faithful canid Alleb, he smelled heresy. He brings a force of Adepta Sororitas of the Order of the Azurine Heart with him to the planet. 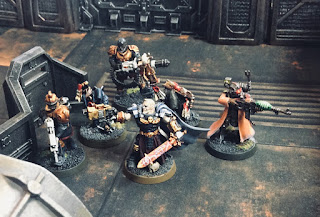 Inquisitor Ivan Herric of the Ordo Malleus had a more unconventional tip off. He has no qualms with skirting the edge of radicalism and it was an interrogation of a daemon that revealed to him a grave threat on Reuvengrad. He has vowed to stop that threat, whatever form it may take, by any means necessary. He is accompanied by allies within the Adeptus Mechanicus, of both forge world Ryza and Imperial Knight house Taranis. 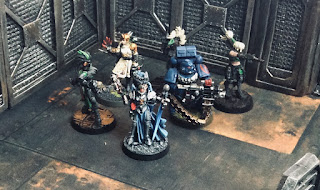 Inquisitor Deatrix Kane of the Ordo Xenos is a relative newcomer to the role, but she has already built up a network of contacts including some among the Adeptus Astartes and, allegedly, the Aeldari - who according to rumour provided a psy-boosting artifact to grant her psychic abilities. Her sources told her rumours of some great and powerful artifact hidden on Reuvengrad, possibly of alien origin, and she has come to investigate. 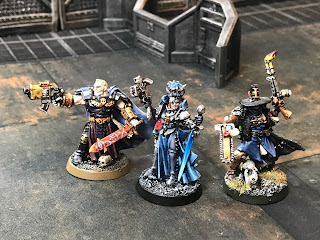 Upon arrival the trio of Inquisitors quickly found themselves contacted by a superior - Lord Inquisitor Octavian Vensk, who has been working covertly on planet for some time. Though keeping tight-lipped about his own investigations, he has tasked the makeshift conclave with eradicating the cult of the Bloody Sabbath. Their first order of business is to locate the headquarters and personally eliminate the cult's leaders. This is where the story begins... 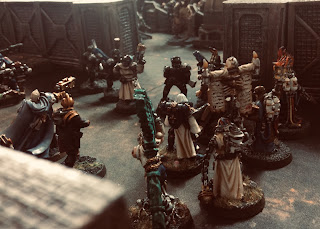