Time for another lizard project blog post, and this time it's a big magic frog! 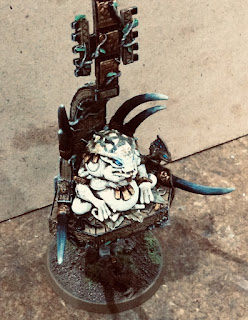 Yup, it's the army general/wizard/summoner/whatever, the Slann Starmaster, formerly known as the Slann Mage Priest, and affectionately known by me as 'Freddo'. 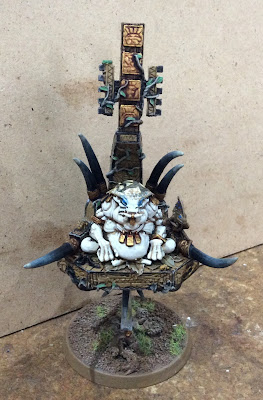 Here he is in all his glory. I decided to go with the desert theme the Slann himself, roughly basing him off the hilariously grumpy looking desert rain frog. Though he has bright blue eyes because he's magic, obviously. 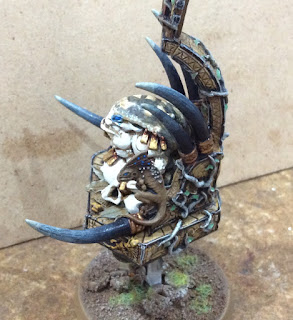 Among a number of reptilian and amphibian friends sharing the throne, the Slann has his little skink helper. He's a fair bit smaller than the regular skinks so I felt justified painting him in a lighter brown than the older ones in my collection. I also reasoned he's a bit special to be sitting next to the Slann so he got some magic blue eyes as well, and some blue spots on his crest. 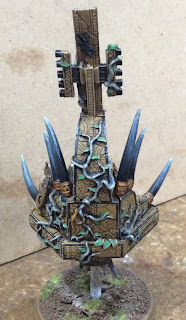 Painting the throne was a bit of a chore in some respects. I aimed for a sandstone look, edged with black stone and gold decoration, so there was a lot of drybrushing and washing to get to a point where I was happy with it. I was also planning to have all the vines look bleached and dying, but at a late stage I decided to paint the leaves green which made it feel much more complete. I reason the plants aren't all dead because magic. 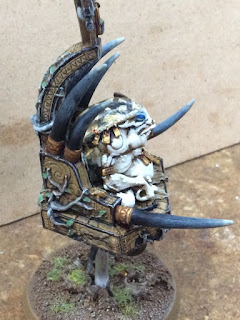 The big tusks were one of the last things to paint, I wasn't really sure about how to do them, but I reasoned black-ish would work better with a big white frog in between them. A wash with a bit of blue at the end helped smooth out the gradient and gave them a bit more of a natural look. 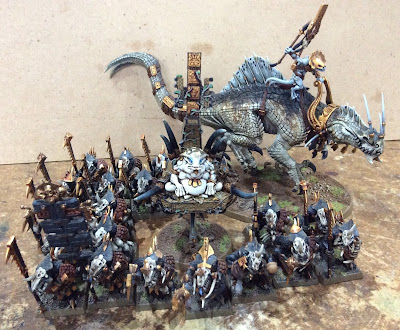 And here's Freddo with some friends. I got the Temple Guard out from storage for a photo shoot, as they finally have a frog to guard. Also included the Troglodon because it's cool. I think in position the Slann looks the part. He definitely stands out, but not too much.

Anyway, hope you all like these photos. I'm looking forward to when I can do a full army gathering! Soon, just two models left. Both Oldbloods, one riding a big dinosaur! 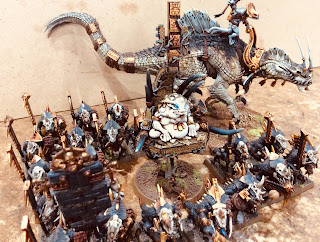 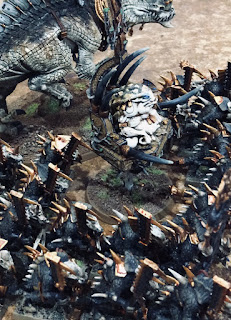 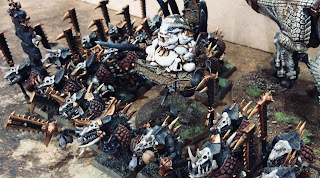 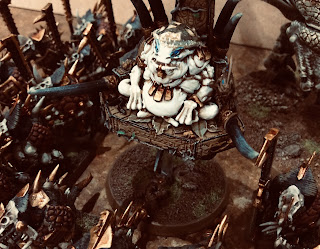