Hello!
As mentioned last time (in kind of a step by step tutorial), I've been painting up some Kraken Tyranids, mostly with Contrast paints. I've now completed the first wave of them, which works out to a patrol detachment coming to just under 1000 points. It notably features the Swarmlord (aka Kevin if you are a Winters SEO fan) who got an extra bit of love as you will see below. Anyway, here's the whole lot: 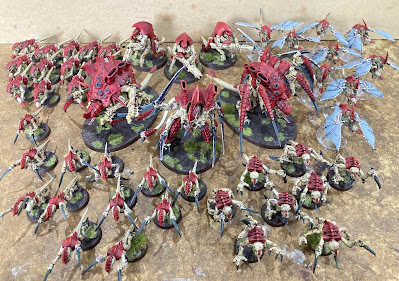 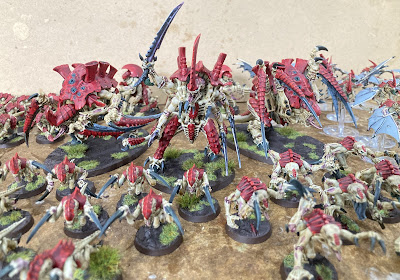 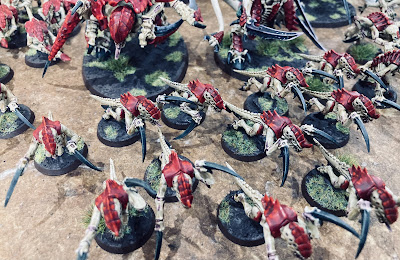 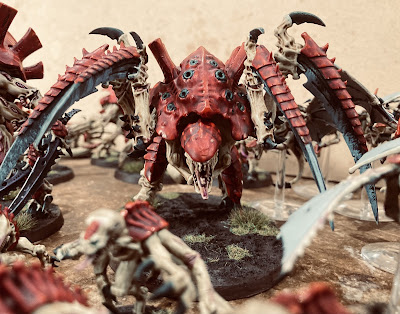 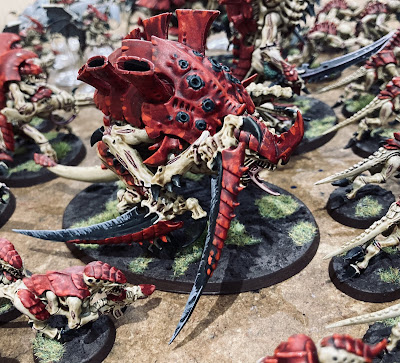 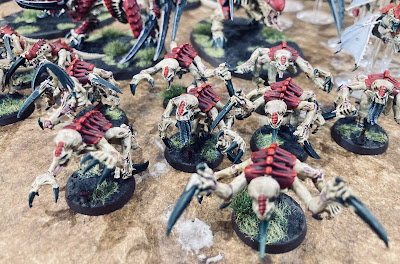 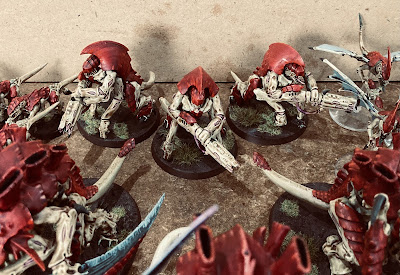 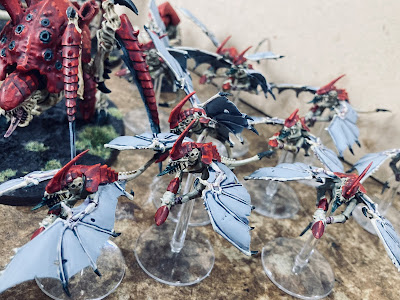 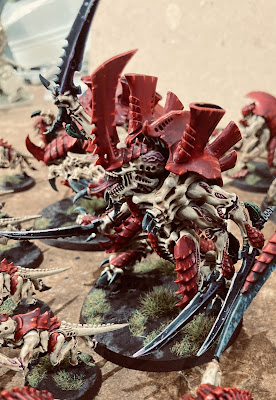 As mentioned above, the Swarmlord got some extra care, being the big boss bug and all. I followed the same scheme initially, then added on another layer of highlights on top, tidying up the skin and giving extra definition to those carapace markings. I also had some fun with the swords making them look like (I hope) weird, alien weapons. Since he was special, I went and put him in the light box... 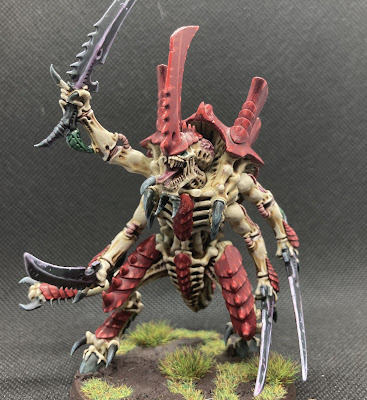 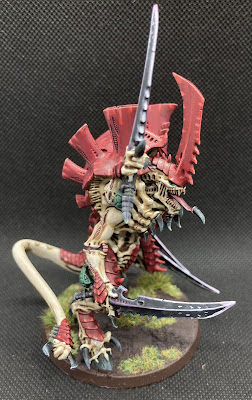 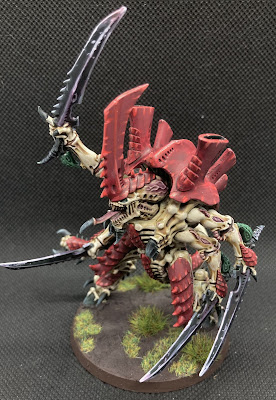 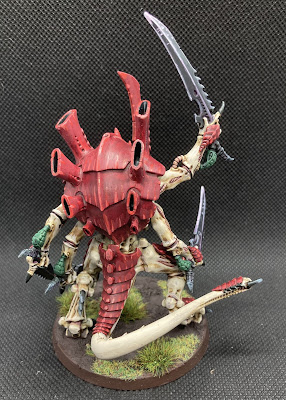 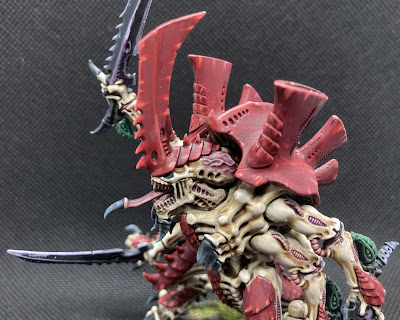 So there we are, hope you like them! I'm certainly happy with the result. Next I'll have a bit of a pallet cleanser with some interesting Forgeworld units, before I start of wave two (or possibly more Death Guard). Thanks for looking, stay safe!
Posted by Redtoof at 19:34