Hello!
I've been working away for a little while on these Kharadron Overlords for my current commission project, and having got a good block of them all painted an based, it's time to show what I've done so far. Let's look at some sky dwarves! 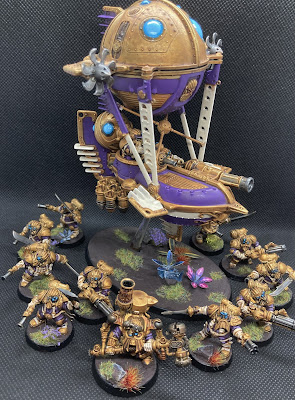 I think I've got though somewhere between a quarter and a third of the force, and it's taken me a little while to work out the details of the scheme, but I'm pretty happy with it for now. The brief was, a bit like the default scheme but more purple and more gold - so they've kind of ended up looking like Thanos! Luckily all that gold is dead easy - Retributor Armour covered in Skeleton Horde is magic! As you can see I've also gone a bit wild with the bases - there's some crystals in there that they are obviously trying to dig up, and a load of funky plants. In my mind the magical crystals are causing strange stuff to grow in the otherwise muddy ground. 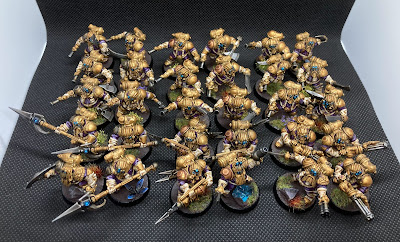 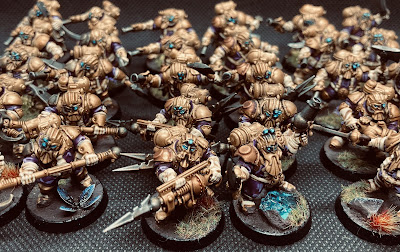 So first up we've got some basic battle line Dwarf pirates. Three Arkanaut companies with the special weapons grouped together in units. Though one could easily run any combination of these guys together, I did mark out their right shoulder pad to designate units, one is gold, one is silver and one is brassy. 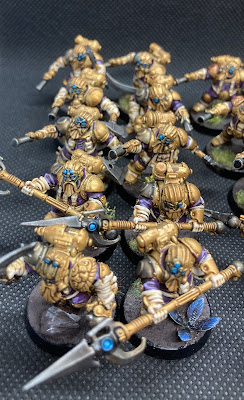 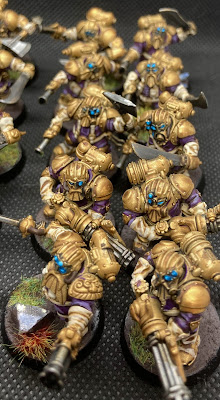 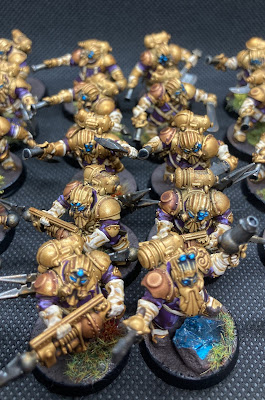 Next up some more elite infantry - Thunderers, Skyriggers and an Endrinmaster (I think!) to lead them. 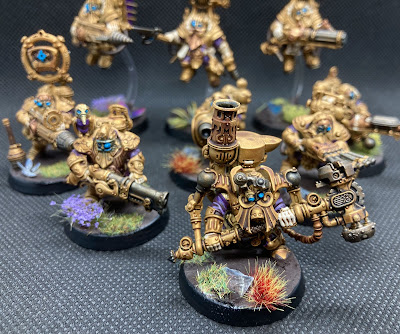 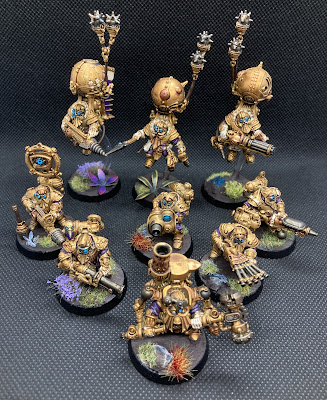 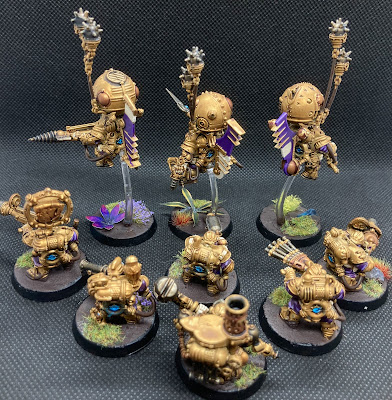 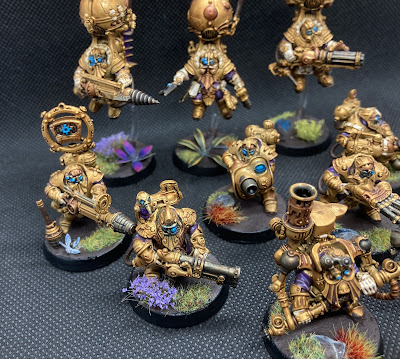 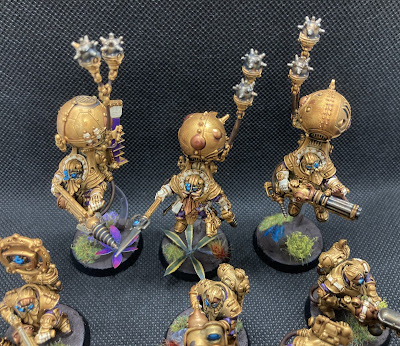 Not too much to say other than to note more plants on the bases and that the balloon boys have nice cream and purple rudders to tie them in to the boats. Speaking of which: 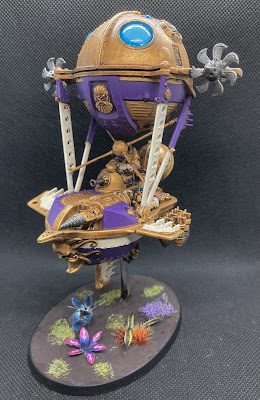 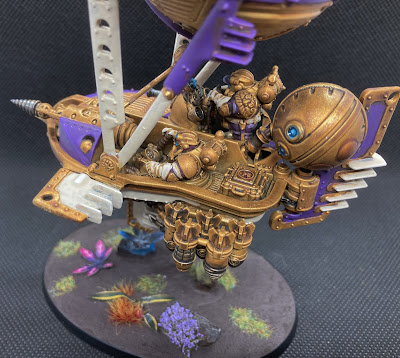 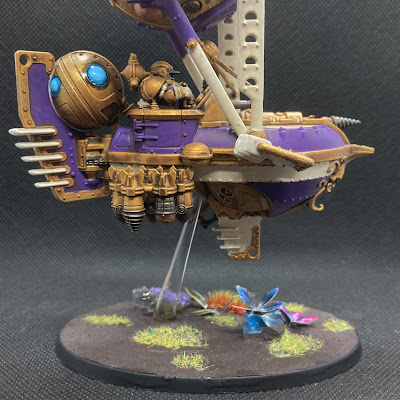 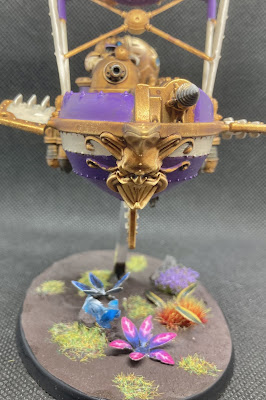 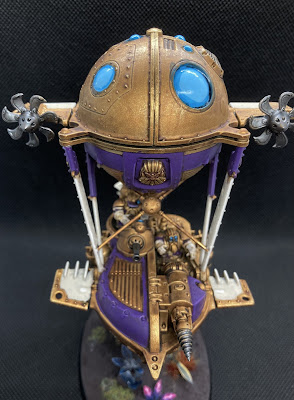 Pretty happy with how the Gunhauler came out - the purple and cream went on nicely and the large areas of gold have had a bit of the old sponge applied to provide some slight texture and hide the bits that looked a bit 'too contrast paint'. The glowing blue bubbles also breaking up the gold nicely. 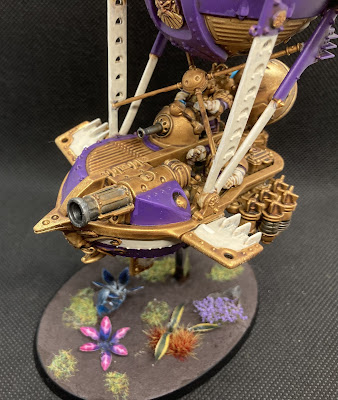 The main gun is also magnetised so here it is with the cannon. Of course, you can't have KO with just one boat can you? 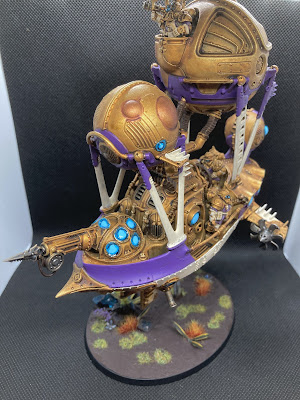 So here's a Frigate, proving a little bit too big for the light box really! Same deal as the Gunhauler, but more so. 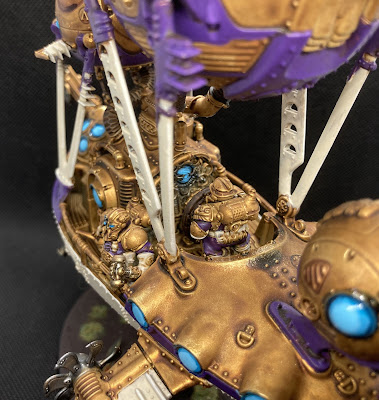 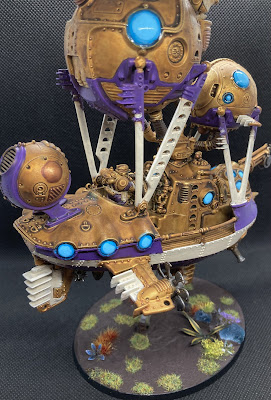 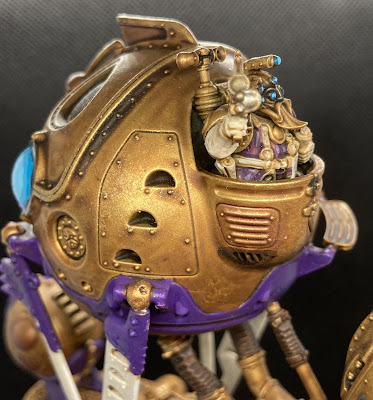 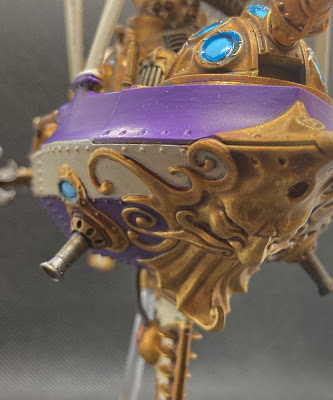 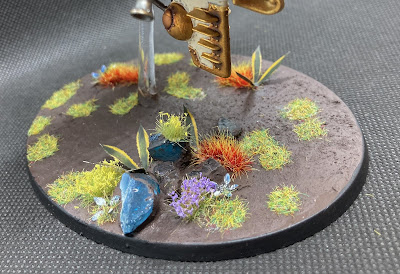 And once again the main weapon is magnetised, so here's the cannon: 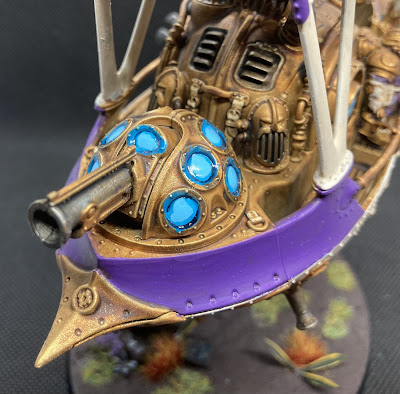 So I hope you like them - there's plenty more coming up! I'll probably do a bit of a step by step guide for something later down the line, maybe the next boat? Let me know in the comments if you're interested. Anyway, thanks for looking, and stay safe out there! 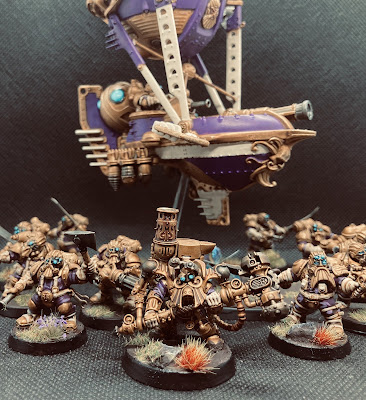