Hello!
There's a new Tyranid Codex out, so that means it's time for a bit of an update of my force, Hive Fleet Goliath. The Nids have been a bit neglected in 9th edition, I think I've only taken them out for one game (and they got smashed), so they are due a bit of love. I have however had plenty of opportunity to paint Tyranids over the past couple of years, so it wasn't much a stretch to bash out a few more models for my lot, and as is tradition, tear a few arms off to re-arm a couple of monsters! 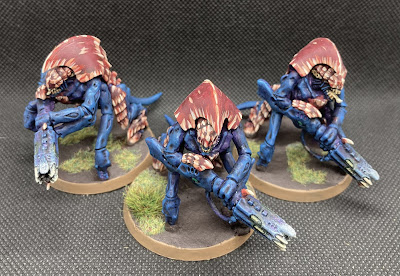 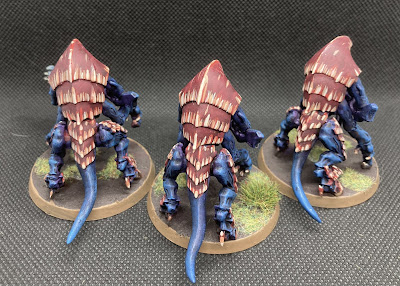 First up, here's a unit I've been missing from my collection for years. Fortunately I've built and painted them just as they have gone from an absolute must take to... meh? Insert Internet Explorer meme here. I still think a little unit causing some plinking damage from a safe objective is nice to have, and the models are cool, so I'm not too sad to have three of them. 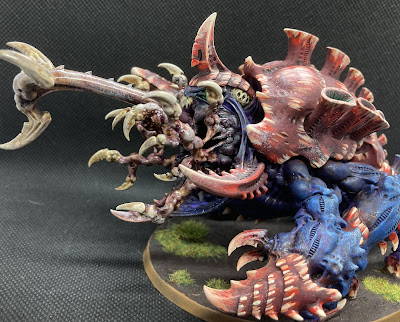 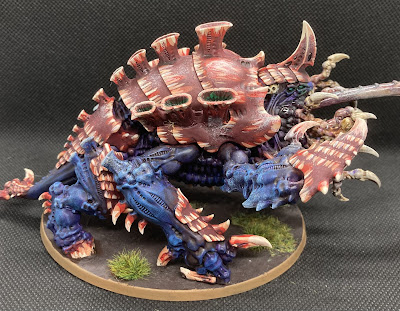 Next up, the Haruspex aka Grabby Tongue! Another kit I've been sleeping on for a while - though the Exocrine was the obvious choice before, now the rules have changed a bit (and having painted one for a commission recently) I couldn't resist the big gribbly monster. I did find it a little tricky going back to my old Nid painting techniques, and I had to employ a little bit of my more recent works here by applying a bit of bone sponging to the carapace and the maw sections. 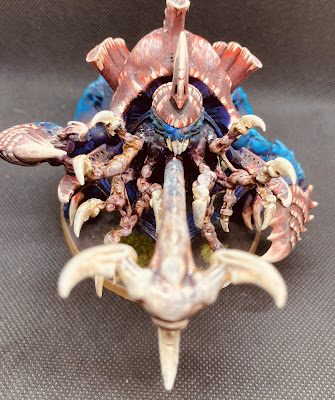 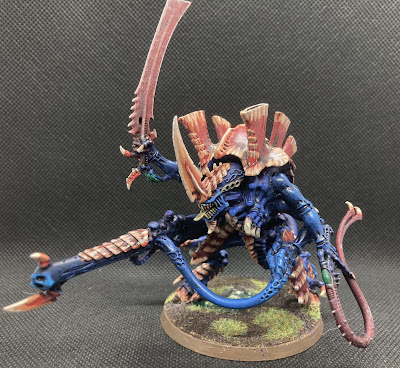 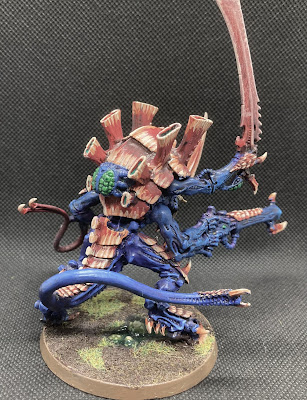 This metal Hive Tyrant was previously kitted out with wings and devourers, which isn't really a thing any more, plus the walking one is a lot more desirable than it once was, so he got some new arms. I opted for the classic cannon, sword and whip loadout, which was the default on the old metal kit - though these arms are the plastic ones. 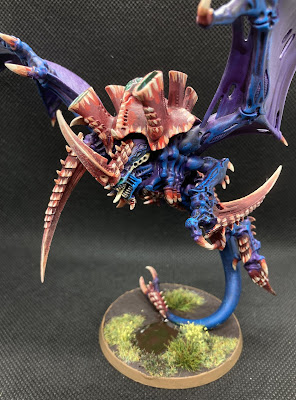 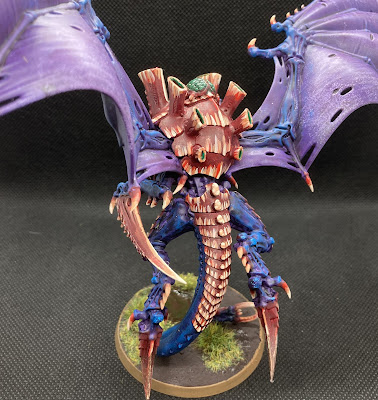 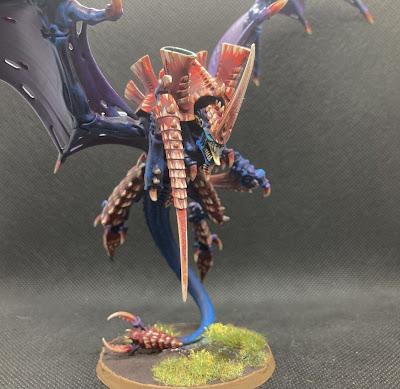 To fill the gap of flying Hive Tyrant, here's a 'new' plastic one. I opted for the talons pretty much on rule of cool - I think the sword and whip is probably a stronger choice but the big claws just look really dynamic on him. I think I can also still build some dead killy combos with assorted relics and traits - I'm currently looking at running Behemoth for my Hive Fleet and giving this guy the Maw Claws relic with the Behemoth warlord trait to reroll wounds and deal mortals on sixes. There was also a lot of space on this base so he got a bit of a water feature, and some flowers! 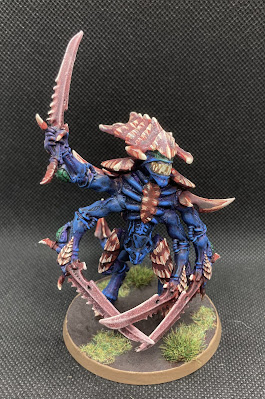 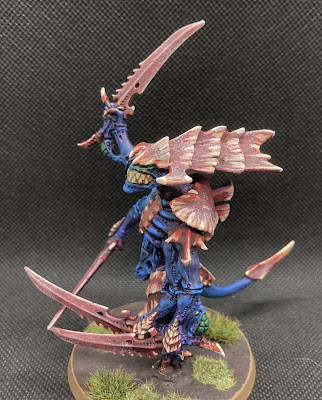 There is of course one other type of Tyrant in the new book, so the classic third edition one was repurposed for the role of Swarmlord, with the addition of the plastic arms from the newer kit. I think the big alien queen inspired head fits for a supreme leader type bug, and even though it's a smaller model in general, it actually stands slightly taller than the official kit. Also, you can't not love that smile can you? 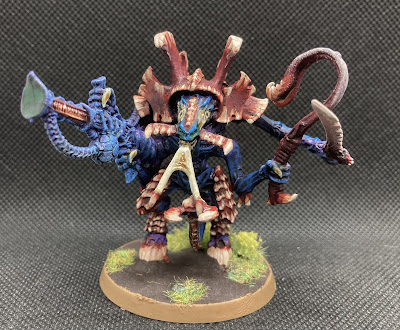 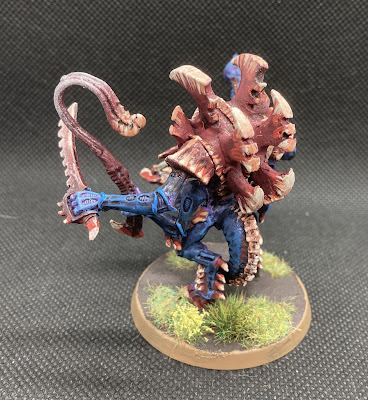 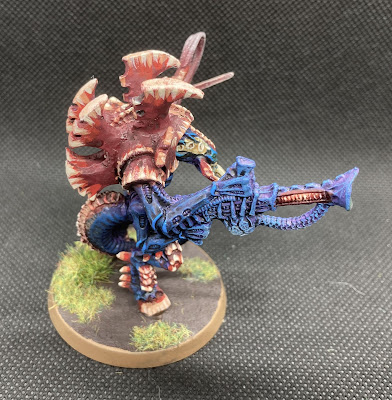 Finally, some oldhammer! This is of course the original Hive Tyrant - I've been after one for a while and I managed to pick one up a while back. He's obviously a bit small these days, but I think he'll fit perfectly as a Tyranid Prime, which seems a much more interesting choice in the new book. 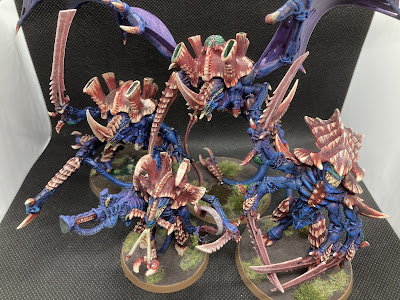 For a bit of fun, here's four generations of Hive Tyrant in one pic! I'm just missing the Forge World ones now!
With these new additions done, and some rebasing of other models ongoing, I'm looking to get in a fair few games with the bugs soon, so watch out for some upcoming battle reports! Thanks for checking this out, hope you've enjoyed, and stay safe out there!
Posted by Redtoof at 17:10