A while ago I finished up painting an Imperial Knight to go with my Adeptus Mechanicus force. I had great fun doing all the weathering, applying transfers and giving it glowy eyes. In fact at this stage it's probably the best model I have ever painted. That's not necessarily saying much, but I'm quite proud of it. 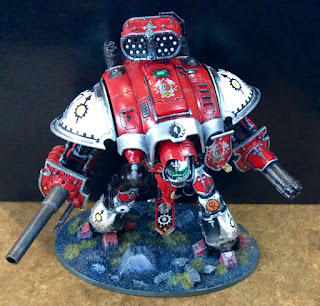 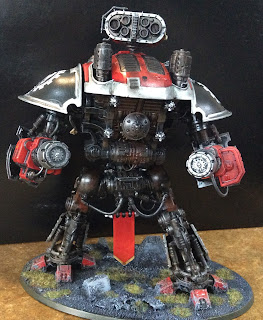 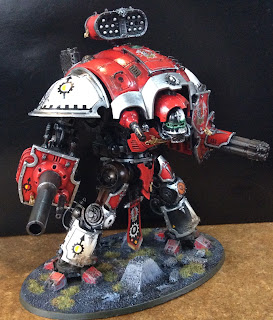 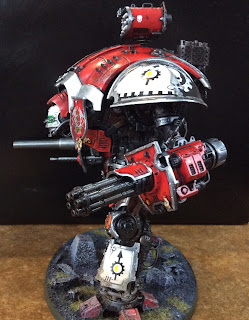 I went with House Taranis, partially because there are transfers in the box for this one, but also because the relatively subdued scheme (compared to House Raven) wouldn't detract too much from all the orange Ryza guys running around it's feet. Also decided to magnetise most of the options to give me some flexibility without driving me crazy with magnets. It can be run as a Paladin, Errant or Crusader. 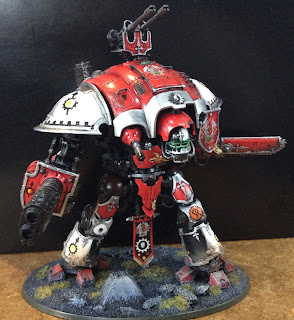 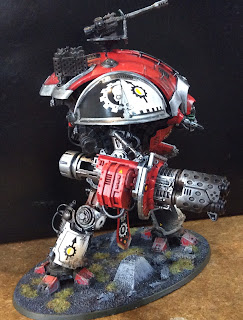 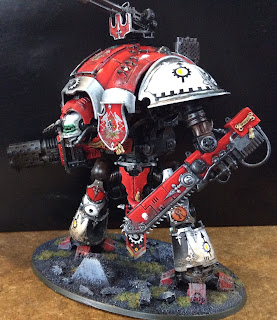 The only issue I have at the moment (apart from the Knight's constant desire to explode) is a name. He or she is a bit of a hero, felling a mighty Leviathan Dreadnought in a recent game, and consistently taking a solid battering that might have been better directed at my squishy servitors. They deserve to be named I think. So, as referenced by the title of the post, does anyone have any suggestions? 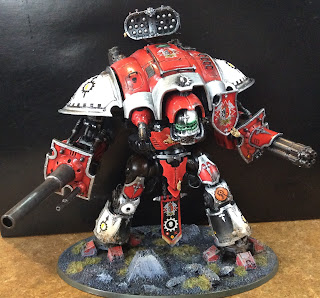