Another game up on YouTube with SorcererDave! Part two of the Battle of Morgan's Reach narrative campaign. (Yes, it's definitely a thing now, there will be more!) As mentioned previously, I took a themed Tyranid force to face the Cadians in the ruins of a hive city. The game itself was, as my opponent put it, "epic in both the modern and literal sense of the word". It was a truly gripping, shortbread fueled 9 hours of my life. We both agreed, regardless of what happened and the narrative behind it, the game looked really cool, and as an added bonus/teaser, here are some pictures SorcererDave took with his vastly superior camera... 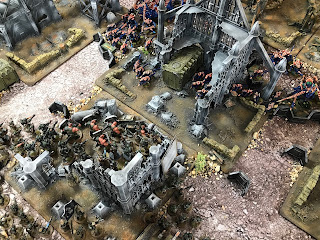 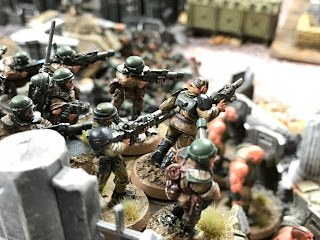 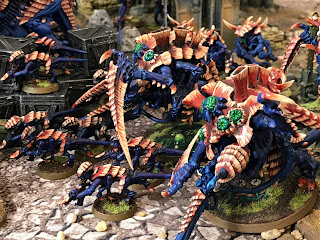 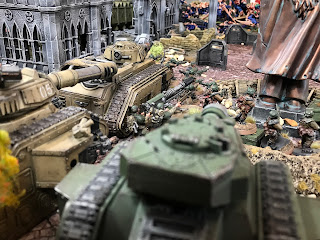 Of course, this is a second part in a narrative, so if you don't like spoilers, and you haven't seen the first one, go here! Also, just to note, this was filmed early in November, hence the poppy.

Anyway, hope you enjoy the video!