Yup, I'm back in action against SorcererDave and the Cadian 404th. If you didn't know already, we are doing a narrative campaign, playing out the war over Morgan's Reach, and this will be part 3. (Click for part one and two!)

In a break from tradition, I'm writing this article after I've actually played the game, but you won't get any spoilers out of me! Instead, just an army list. The narrative for the game is that with the fight for Hive Hephaestus turning to a stalemate, the Astra Militarum have committed their armoured forces to outflank the Tyranids and break through into the city from a new angle. This would play out as a Blitz mission, and opposing the Imperial armoured column would be a big mob of Tyranid monsters... 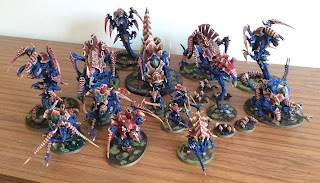 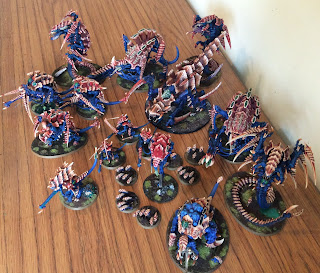 As usual, I used the Jormungandr adaptation (SorcererDave admitted that he now thinks of it as the Hive Fleet Goliath trait!). I put together a battalion and a spearhead detachment, as well as a superheavy auxiliary. 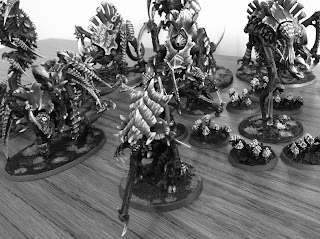 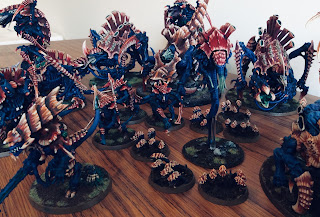 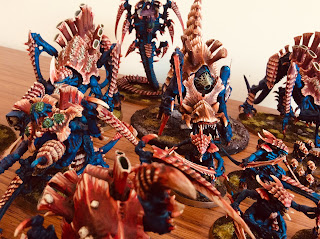 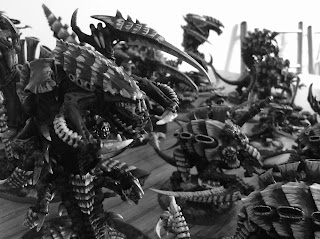 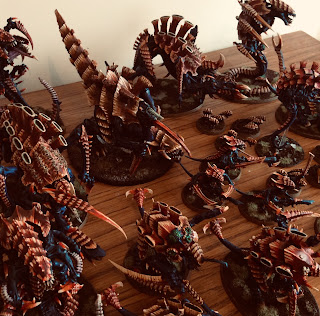 So hopefully the report turns out good and you all like it. We had a lot of fun with it and got to add a few interesting little narrative twists throughout the game. With low model count armies there was a lot less of a time pressure as well which was nice. Like I said, you won't get any spoilers from me, but maybe a little sneak peak... 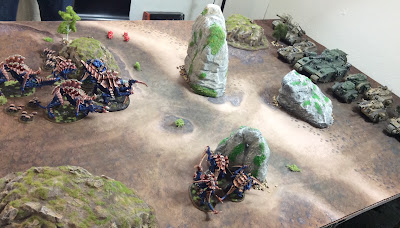