Here are a bunch of pictures of my entire (for now) Tyranid collection. This force has been growing since the early 2000s and has reached around 6500 points. I started painting them orange before Macharius Solar Orange was a thing, and finished painting them trying to mix various paints to replicate the last few dregs of my last remaining pot of the stuff. As a result the colours are pretty inconsistent throughout the army, but I like to think this gives the impression of an organic force spawned at different stages of an invasion, some fresh and vibrant while others older and more faded. I deliberately painted my Old One Eye conversion to look darker and more red than the others for this reason.

Speaking of conversions, there are a fair few in here. Some warrior based biovores lurk at the back, while a custom Haruspex sits next to the Scythed Hierodule. It was originally a Terigon from Carnifex bits before the Tervigon model existed, but later became a Haruspex when I got a 'real' Tervigon and some spare crushing claws that came with it! 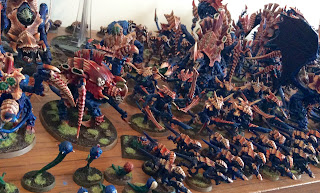 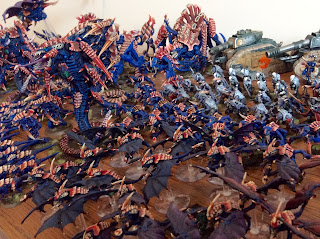 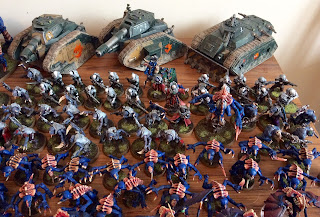 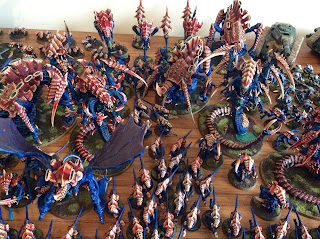 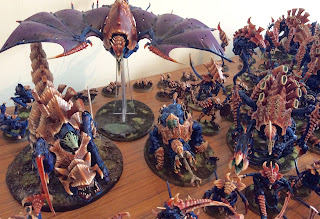 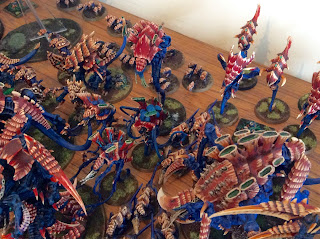 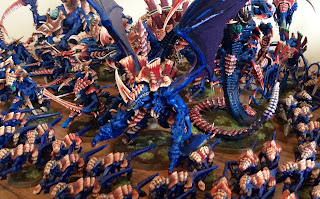