Operation Ork is underway! When I got all the boyz out of their boxes to start the project, I made a bit of a roster of what I've got based on their positions in the photo so I can easily see what still needs to be done. 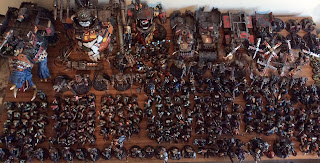 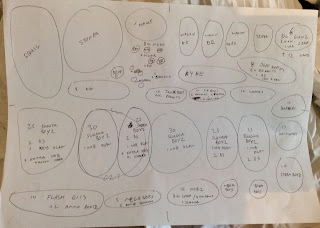 Well that's a lot of stuff to do! Let's make myself feel better by ticking off all the stuff that's basically done or only requires a minor fix.

Please excuse the bed sheet background - the room is full of Orks for some reason... 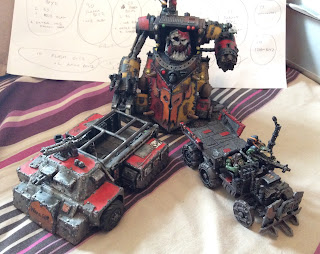 Firstly, some big bits. The Gorkanaut, a slightly modified Trukk and a scratchbuilt Battlewagon by legendary mekboy Kr00zA. It was originally built to be a trukk in the old days before the current models were out, and the Ork community generally built their vehicles to be bigger. These days it is much closer in size and sturdiness to the battlewagon than the trukk, so that's what it'll be run as. 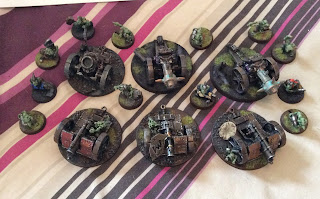 Next it's the Big Gunz. An index choice now, but still some nice cheap heavy support units that could fill out a brigade. I've got 3 Kannons, 2 Zzap guns and a Lobba in there. The Zzaps are old school Traktor Kannons and previously I have used them as such, but these days I think they are a bit small so I think they are better as the 'generic energy weapon' Zzap gun. 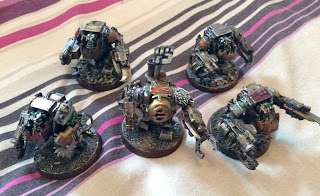 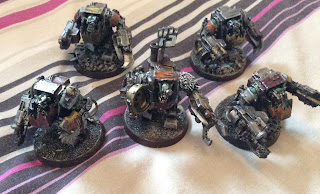 Next up, Meganobz! Older metal ones with a few conversions - most notably the guy with the helmet that opens up. 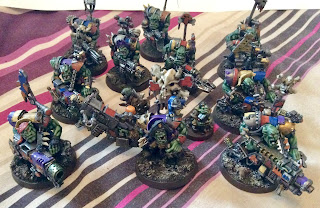 Flash Gitz! These were a relatively recent job, half of them are made from the 'new' kit, while the others were older conversions that have been tarted up a bit to fit in. 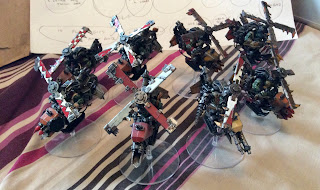 Lots of Deffkoptas. Mostly rokkits, but a couple converted to big shootas, one of which is also armed with a 'buzzsaw' made from the Killa Kan drill. 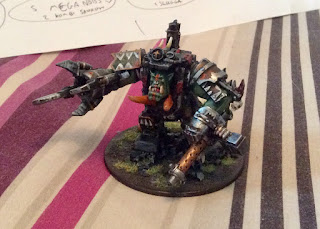 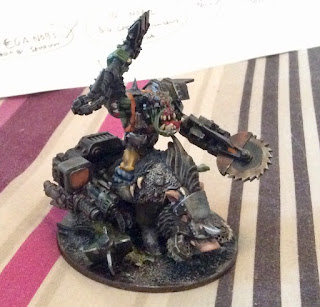 Two index warbosses, Mega Armour and 'Biker'. Both pretty heavy conversions. I think both could make a reasonable claim for Da Killa Klaw relic as well. 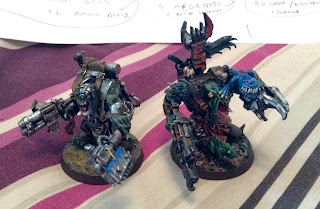 Two 'regular' Warbosses. Metal on the left, plastic on the right. Both converted a bit. The extra well painted one on the left was actually painted by the wife, and is called Blootoof. 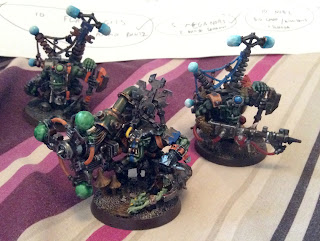 Some metal Big Meks. They aren't very thematic for the army, but I do like them. The index choice kustom force field is almost an auto include in most lists, while the Shokk Attack gun is in the codex but barely ever sees the table. 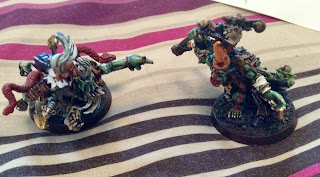 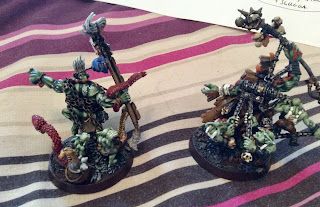 Finally, my weirdboyz! These guys are lovely and fluffy for the Snakebites, and are a solid choice. The one on the right is the standard model, but with a hat. The left one is converted from an old savage orc shaman plus lots of snakes. He was originally built to represent Old Zogwort, an old Ork special character who could turn enemies into squigs, which was awesome!

So, there you have it. A good chunk of the Orks already done! This is easy, I'll get the army done in a few weeks at this rate, right?
Posted by Redtoof at 16:42