Hey, you know that cool boxed set that's been hyped up with the all the niche 40K characters including a Rogue Trader and their unusual allies, plus a swarm of Chaos enemies? No, not that one, this one! Yes, Kill Team Rogue Trader! Well, I painted it! 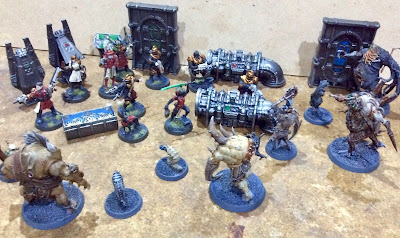 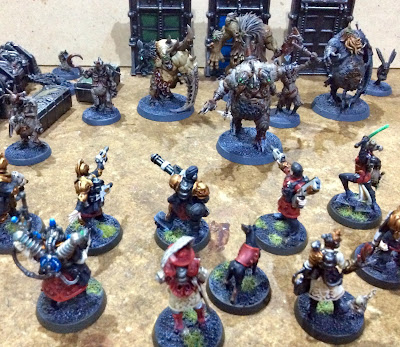 I'll be honest - I've no real intent on actually playing Kill Team, I was mainly sold on getting the set based on the cool trailer and of course Aximillion the Canid aka Goodest boy in the galaxy. I do have plans to use these models both in regular 40k (the Rogue Trader crew will be fun allies for the Explorator Fleet, while the big chaos boys will make good spawn for the Alpha Legion) and for playing Wrath and Glory (when the book eventually arrives!) 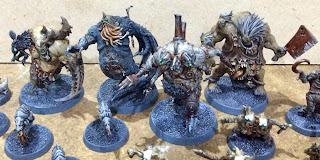 I painted the Gellarpox Infected first of the two teams, and I gave them a fairly rough, quick scheme of mostly drybrushing and washing. Partially because the little guys at least didn't really inspire me and partially because I wanted them to fit in with my existing chaos cultists and spawn which were painted in a bit of a hurry. For this reason I also wanted to paint them in a manner that wasn't so obviously Nurgle. In the end I think they turned out looking appropriately filthy, especially the big guys, who were a lot of fun to paint in an excessively messy manner.

I tried to put a bit more effort into Elucia Vhane and her crew, and I think I did a pretty good job on them. I chose the colour scheme based both on what would fit alongside my mostly orange Ryza Ad Mech without looking like they are the same organisation, and also inspired by some of the John Blanche concepts. 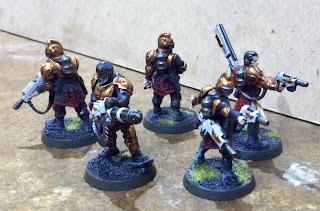 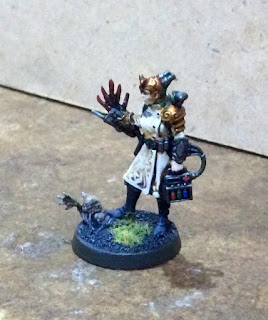 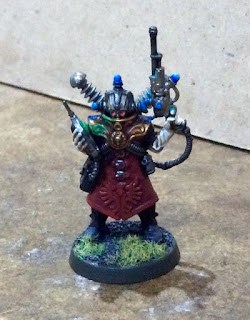 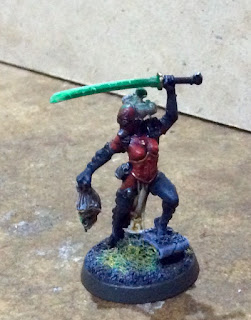 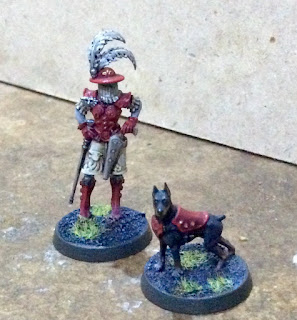 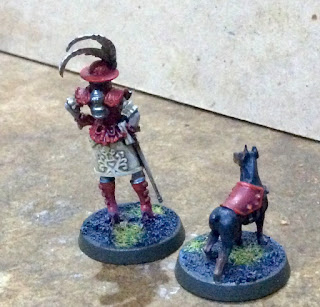 While I constantly change which mini is my second favourite in the set (currently Knosso Prond the Death Cult assassin), there is no competition for number one - it has to be Aximillion. I dream of him one day doing something epic like knocking the last wound off a Chaos Lord, but I'll be happy just to take him out for walkies on the battlefield every now and then.

So that's the set, I hope you like them. I'm happy with how they came out, if not the camerawork. So I'll leave you with a few more pics that I messed with for all of 30 seconds... 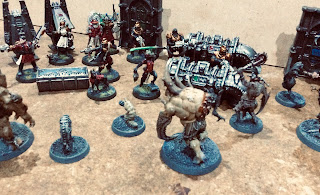 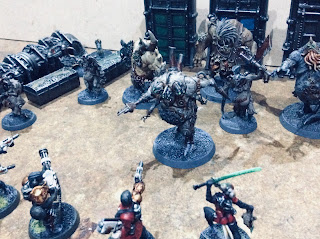 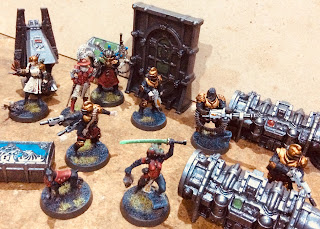 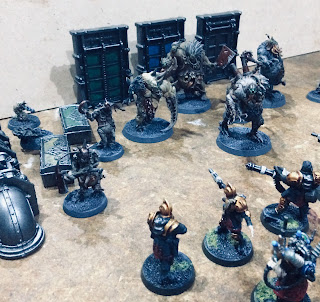 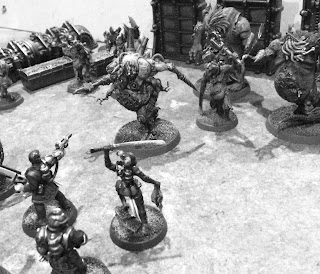 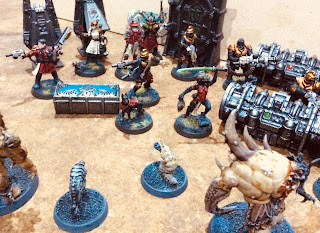 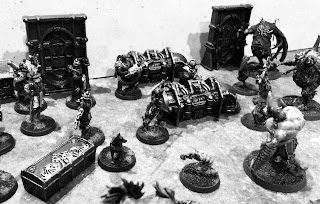