This is the last part of project 'update Orks for 2019' that does not involve basing. It's the big boys, the lords of war, the Stompa and the Gargantuan Squiggoth! 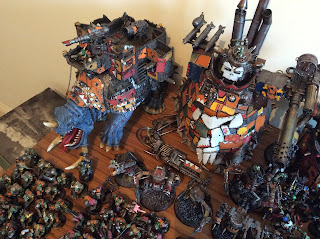 Here's what they looked like at the start. All painted, but with a couple of repairs and modifications needed (most notably that arm at the Stompa's feet.) 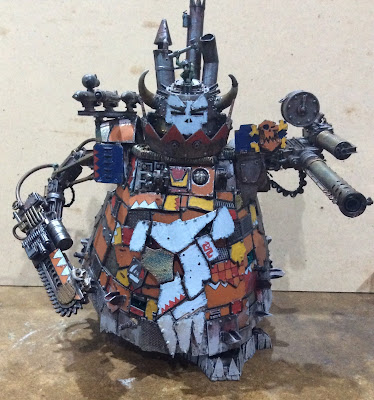 Stompa first. Known as 'Da Toof Krusha', the Stompa really only needed his arm sticking back on. When I built him I installed several magnets so that he could be used as a kustom stompa with various additions, but I was never very pleased with the bits I made for him, so he's pretty much just standard at this stage. I might go back and add some more options, but given that the Stompa is somewhat over costed, I can't see myself using him with enough regularity to justify more upgrades. Though there is a cheeky belly gun hiding under that glyph... 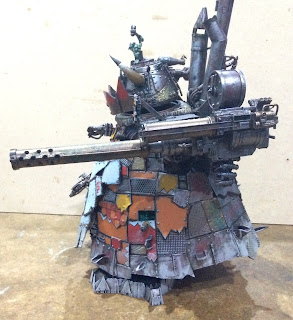 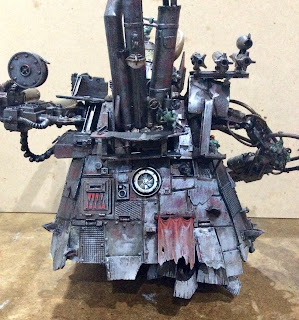 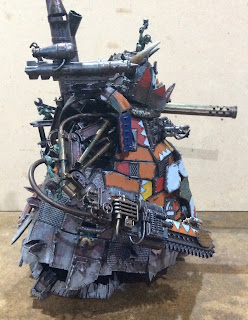 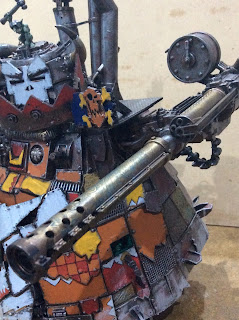 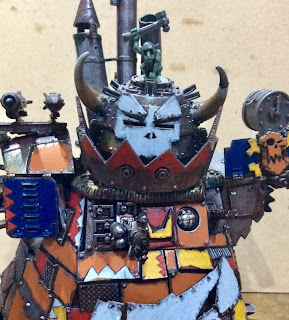 Stomp me closer so I can hit them with my tiny hammer!

Next up, the Gargantuan Squiggoth aka Nipper. He's had a bit of paint here and there and some magnets added on in order to mount the bonus big shootas his datasheet allows. I did some washing and drybrushing over some of the armour and the slightly modified howda to tone down the brightness a bit and make it more in line with my current Snakebite style (everything is dirty, rusty and probably broken). I also finally did some proper basing on the chunks of resin under his feet, and drybrushed on a bit of dust and mud around them. Finally I reversed the lobba on the back of the howda, so that it's facing backwards. I think it looks better that way, especially with all the big shootas giving the impression of guns firing in all directions. 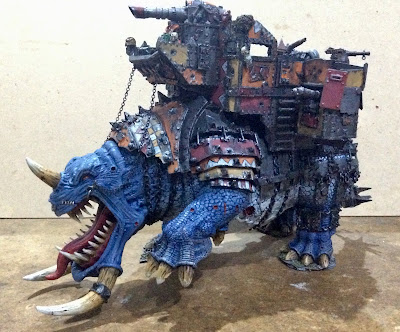 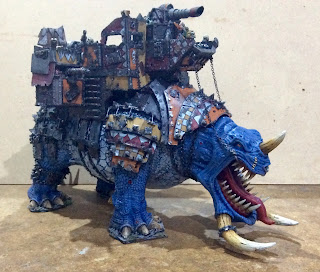 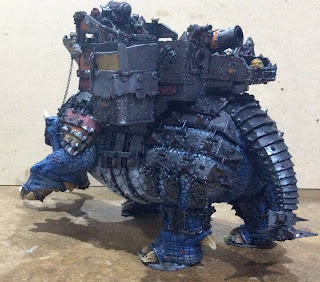 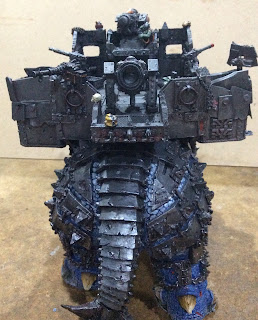 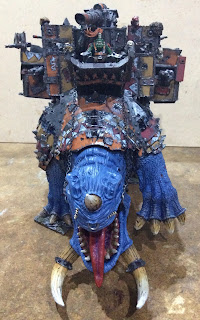 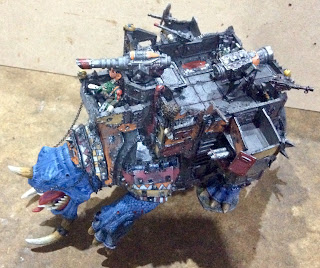 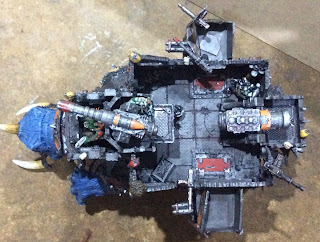 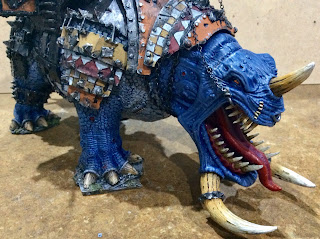 So there he is, the big squig himself. Though he has never yet survived a game of 40k (and I have owned him for well over ten years) he is a lot of fun, and I'll try and squeeze him into lists as much as I can now that in 8th he is more reasonably costed than ever before. 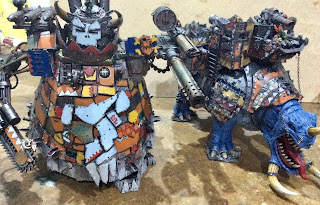 That's that then. All the big stuff finished, just the Boyz and their bases left to go. Luckily I had a package from Tabletop Adapters arrive in the post today... 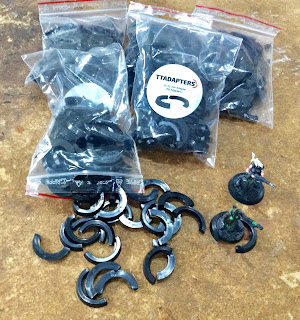