I recently posted about some Crimson Fists dug out from the collection. As alluded to I had a few more minis to paint up to add to them, so I did: 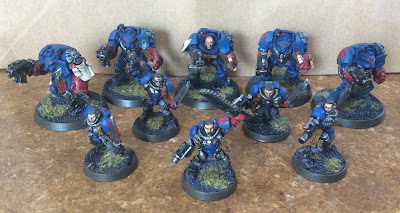 Ta da! Some scouts and Terminators. I'm pretty pleased with how they came out, and even had a go at some freehand fists. It did remind me that painting marines is pretty dull though. Not enough rust and dirt! 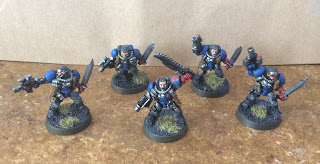 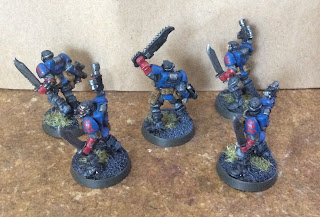 Personally, I still think these scout sculpts hold up pretty well. I've not personally played Space Marines in so long that I still think of the plastic ones as 'new'. These ones definitely stand out from their contemporaries in 2nd edition. 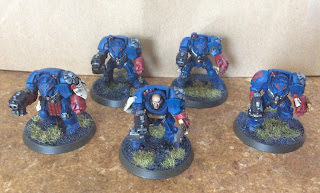 Terminators were a mix of the Battle for Black Reach ones and assorted bits from the full kit and other marine sets. Lots of purity seals and the like to bling them up a bit. As veterans of the Crimson Fists, they all got two red hands, and an attempt at a chapter symbol on the shoulder. Some of them are definitely better than others, but I think, at a distance at least, they do the job. 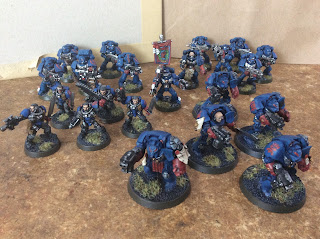 So now some shots of a full, legal battalion. Captain, Lieutenant, two Tactical squads, the Scouts and the Terminators. I'm sure it's not going to be incredibly powerful, but it looks cool and it might be a handy core to expand upon (unlikely) or add allies to. 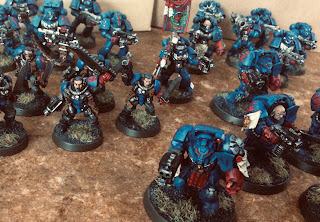 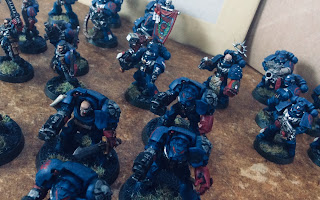