This one has been a loooooong time in the WIP stage, having been bought and built back when the Land Raider Redeemer was a new kit, but sat in a box waiting for the inspiration to paint it. Inspiration came with plans for a new narrative campaign with SorcererDave featuring the Inquisition. To date we've filmed two episodes, yet to go up on YouTube, and it definitely felt time to finally give this venerable machine a coat of paint.

So here we go, an Inquisitorial Land Raider Redeemer, the personal transport of Inquisitor Mortimer Arctos of the Ordo Hereticus, crewed by battle sisters of the Order of the Azurine Heart. I tried to somewhat replicate the paint job on the wife's beautiful sisters of battle, with a few changes - primarily swapping out the white for black on some of the tank's panels, as Inquisitor Arctos himself wears blue and black. The most notable and heavily converted feature of the tank is the assault ramp drawbridge leading to a marble archway and a heavy wooden door, the Inquisition does like to make an entrance! A couple of other quick things to note - all the scrolls and seals have 'writing' on them - squiggly lines with a fine drawing pen, and the soot around the engine and weapons is one of the forge world weathering powders, which gives a lovely realistic stain once you hit it with a matt varnish. 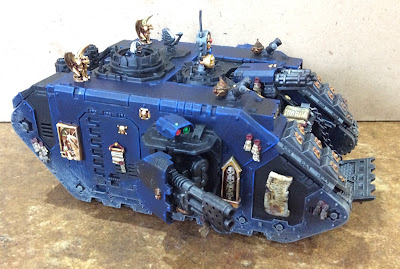 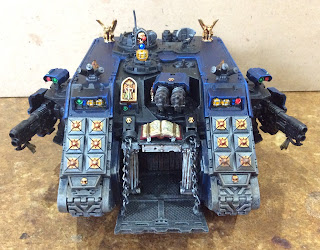 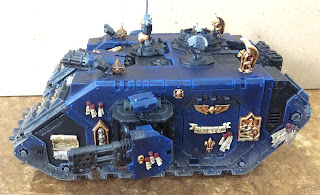 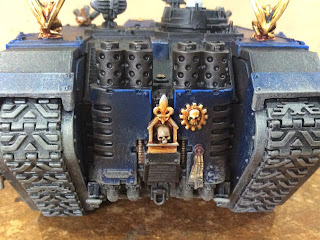 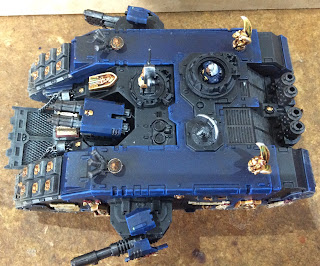 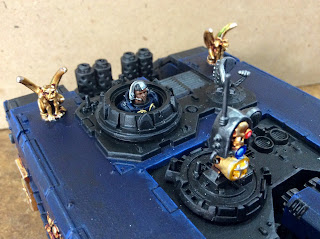 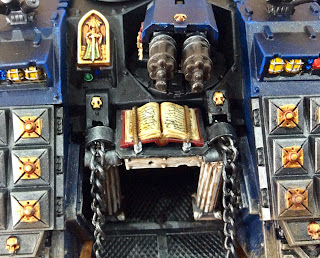 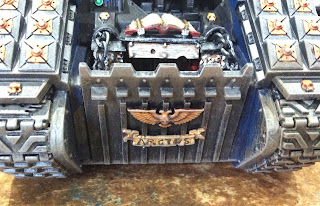 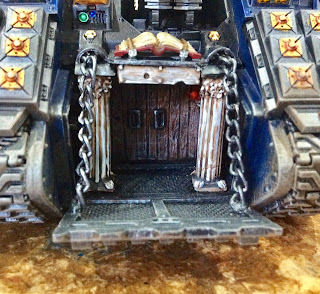 Of course, with the Land Raider done, I had to take some pictures with Inquisitor Arctos himself and some of his allies, ready to burn some heretics! Enjoy. 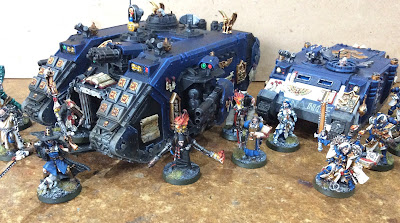 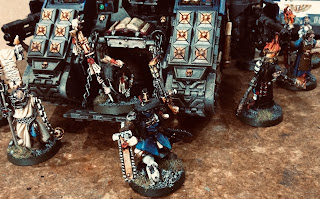 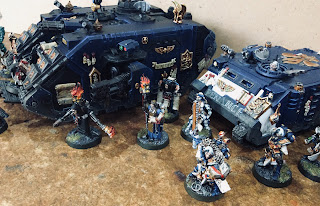 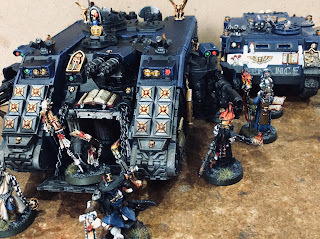