Hello!
When I was getting the minis out for photos of the wife's Tyranids and our Daemons, I decided I might as well take some photos of our mini collection we use for D&D. We've got a mix of miniatures from GW, Reaper, Hasslefree and others, painted by the wife and I, and some others donated from friends. Should be easy, we don't have that many I thought. Turns out we had enough that I had to split them into two to fit the space I'd cleared... 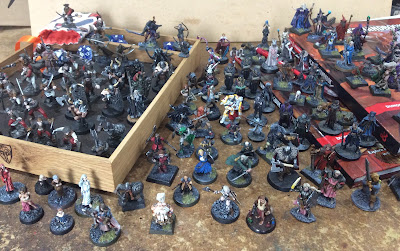 Firstly, lets look at the 'characters' - all the human and human-like minis we'd generally use as player characters, NPCs, guards, bandits etc. 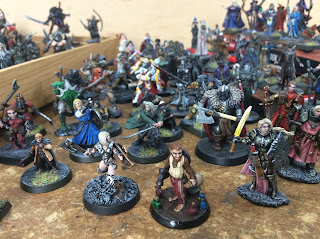 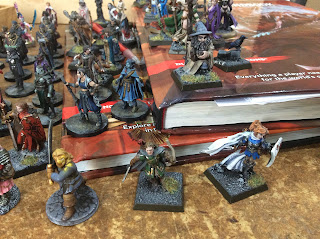 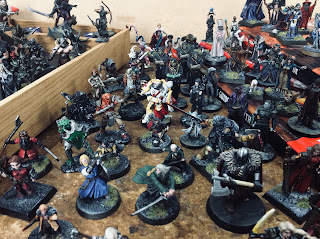 Some notable characters up front, including Basil Goodbread, my LARP halfling alchemist. Some of the other minis represent characters played by me, the wife and some close friends and family. 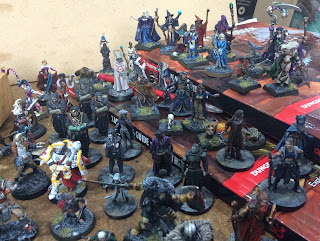 This is the 'spellcaster corner', where a lot of people in robes are standing with their familiars. Also seen here are the Mighty Nein from Critical Role painted in slightly generic style so they don't stand out too much. We've also got Vox Machina to paint, which might be another post on here someday. 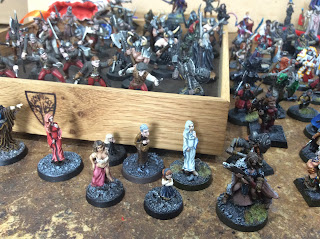 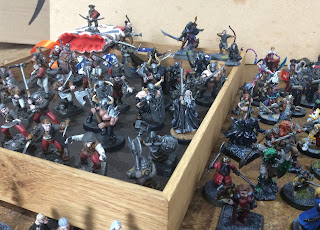 Here is 'NPC corner' with a bunch of fairly generic looking bandits, guards and soldiers, along with some non-combatant types. Although being D&D it's a fair bet if they have a mini they are a doppelganger, a vampire or some kind of secret badass.
So the second batch is all the 'monsters' - minis generally used as the bad guys to be killed in battle. (Though of course, there is nothing wrong with good guy Orcs or goblins!) 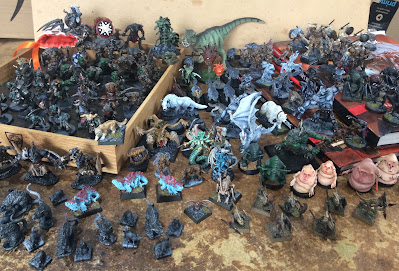 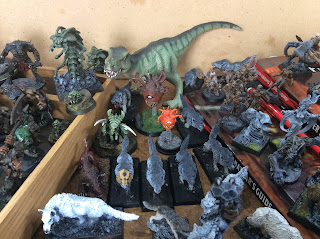 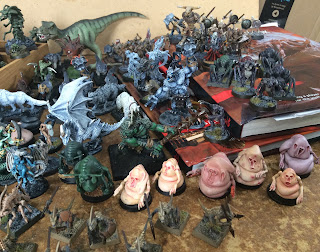 A decent amount of the monsters, such as the Beholder and the Lemures (the blobfish-like things at the front) were donated by John, the semi-regular opponent who sacrificed his soul to the dark powers for greenstuff sculpting ability. 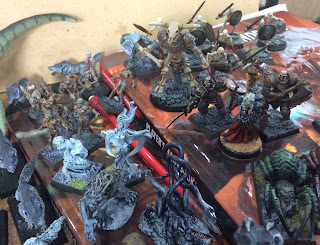 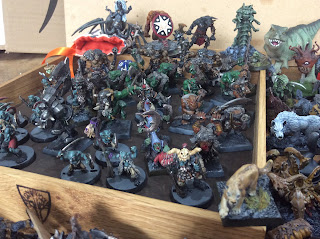 So, there we have it, quite a lot of minis it turns out! As it happens we have been playing quite a lot of D&D during lockdown, but over discord and without these minis. Hope you enjoyed this little look at our collection beyond the 40k battlefield, and I hope you're all staying safe out there. 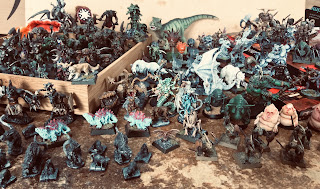