Hello!
What with a shiny new (beefed up) Codex out, I've been working on some reinforcements and rearmaments for my Adeptus Mechanicus force. I got a bunch of Pteraxii and Serberys minis and one of the flyers as part of a trade earlier in the year, and picked up a Manipulus with the Codex. I also grabbed some extra Skitarii from ebay since, you know, they're real good now. The Skitarii were painted ready for the battle against the Custodes, and I also did some arm swaps on the Kastelan robots to set them up as one big squad with the new mixed loadout option. Anyway, here's some pictures: 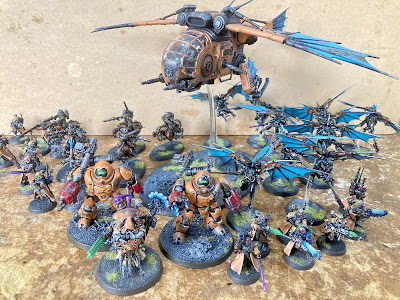 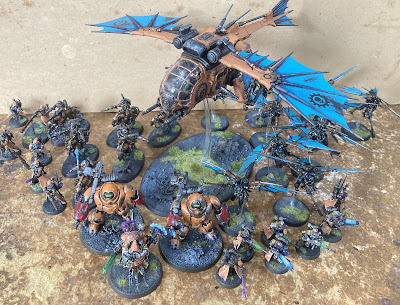 Beep boop! Here they are. I only popped two of the robots in here, and a semi random selection of Skitarii. 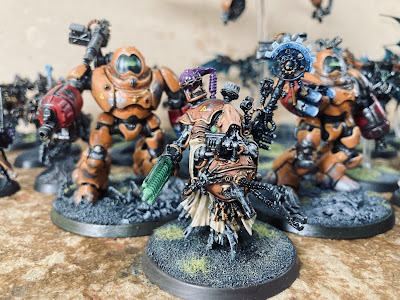 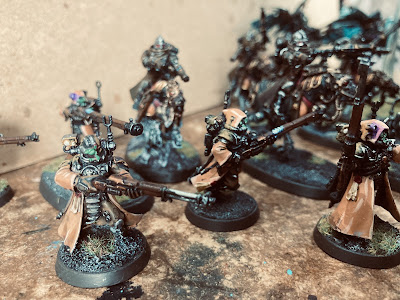 I've now got options to run the Skitarii in two big squads of 20, or split them into smaller units with a bunch of spare Alphas, like this guy with a carbine. 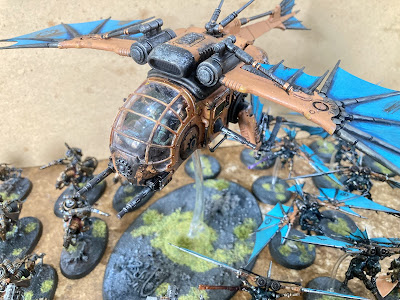 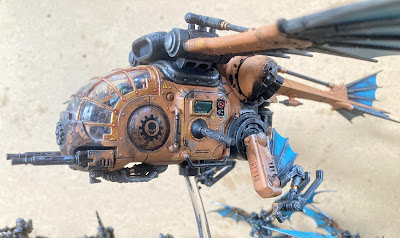 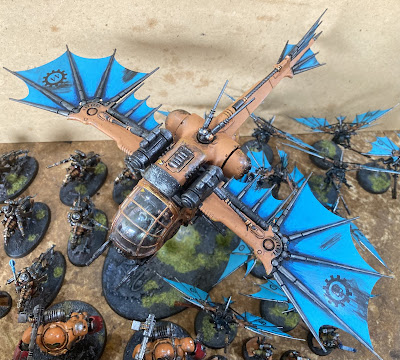 So here's the flyer - built as the Archaeopter Fusilave bomber. A similar scheme to the Pteraxii I'd already done, but scaled up. There's a bit of lighting effect on the pilot in the cockpit, and there's a lot of dirt and chipping (SPONGE!) - I figure flying through a warzone won't leave you with a clean paint job for long! 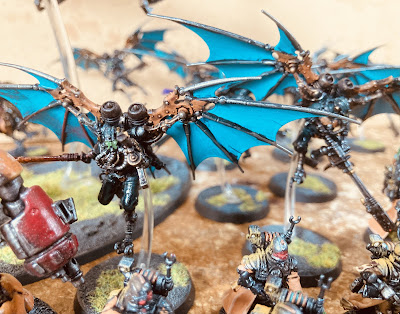 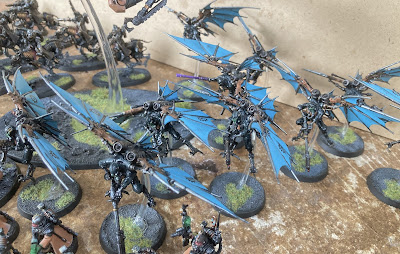 Pteraxii Sterilizors - another ten to add to the five I already had. Now I can run three units of five, or a big squad of ten if I want. Same scheme as before but a lot quicker, since I took a long time deciding on the wing colour last time. And yes, the bases got magnets straight away! 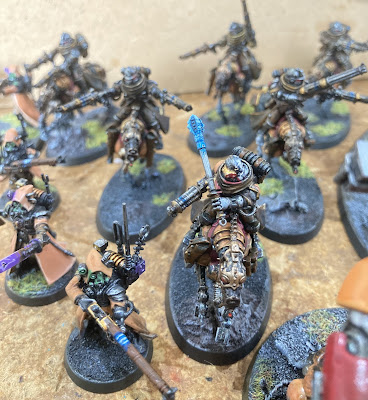 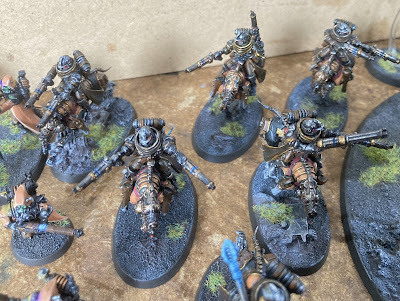 Serberys Sulphurhounds - similar to the Raiders, but I did tone down some of the details a bit, and made them a bit dirtier - especially a large dose of soot on the nozzle/snout. 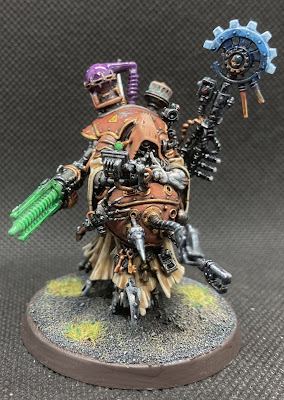 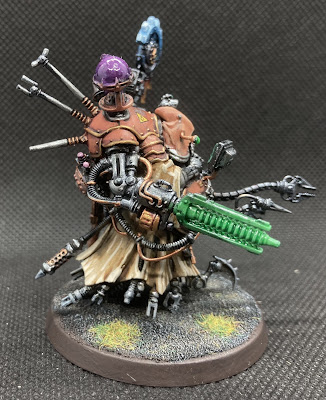 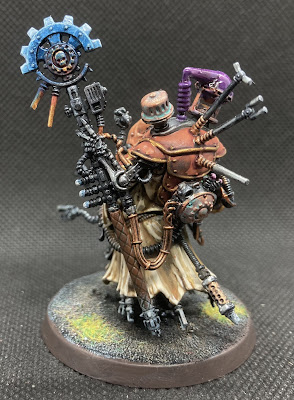 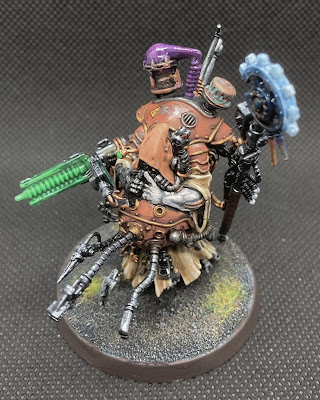 And the Manipulus. Quite pleased with this guy, calling back to the first Dominus I painted for the army with orange armour trimmed with gold, and dirty bone coloured robes. I really love this model, in the same way that the Dominus is one of my favourites. He's got so much 40k weirdness going on. I especially like that for all his high tech gubbins, he's using a rope for a belt. 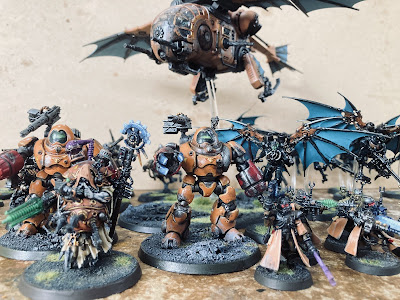 So there we are. More tech weirdness for the forces of Ryza. Looking forward to getting them onto the table some more and mastering the admin phase! Hope you liked them, and stay safe out there.
Posted by Redtoof at 20:13