Hello!
We've finally reached the end of the Hobbypocalypse monthly challenge, building and painting along with the DZTV regulars. Six months of 250+ points leaving us with at least 1500 points of a new army at the end. As you may have seen recently, I've been going a bit over and managed to hit 2000 points for a game against the Necrons. I've been building my 'dry' Death Guard warband known as The Desiccated, making use of a lot of messy washes and sponging on the metals. It's been a lot of fun, so much so that they have now replaced the Alpha Legion as my Chaos force of choice.
So, to recap, here's what I've got so far:
Month one: Plague Marines.
Month two: More Plague Marines and a couple of characters.
Month three: Plagueburst Crawler, Lord of Contagion
Month four: Blightlord Terminators
Month five: Assorted characters
And now month six: Armour! 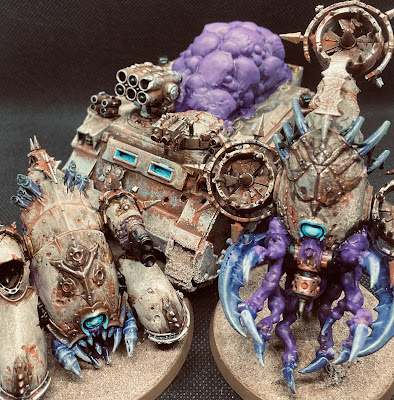 This month I added in a Rhino and a couple of little Daemon engines. Couple of significant conversions in here, and a lot of sponging. In fact I sponged on some white over the bone before washing to give it a bit of extra 'highlighting'. Between the sponge and the application of rust weathering powder, I'm very pleased with the end result on this lot. 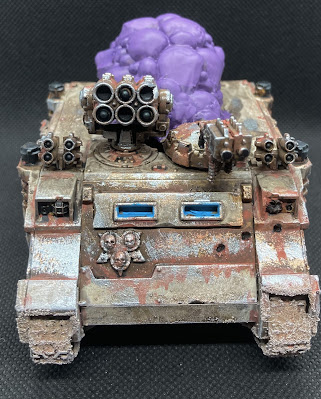 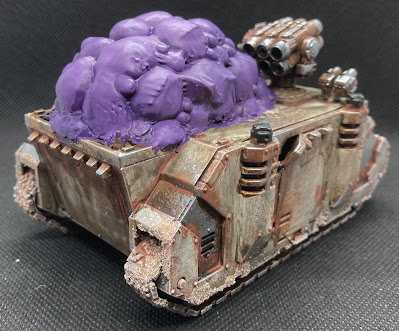 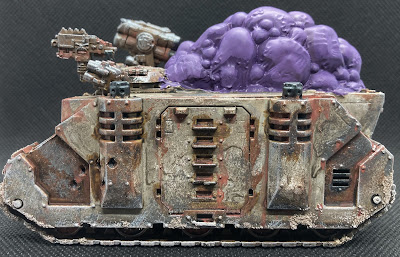 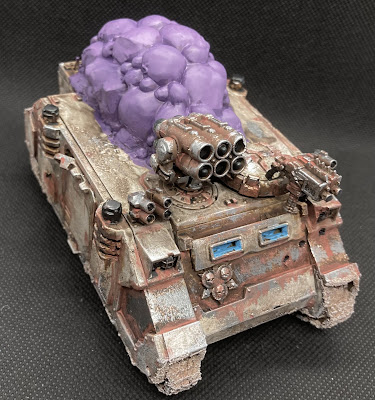 The Rhino got a propper battering with some clippers and a drill, but most notable of the conversions is the big sac from the belly of the Tervigon on the back. I figure Plague Marines would want to travel in style, in a big sac full of goo. Also note - I added a bunch of sand to the treads in a similar manner to the PBC, which I think is another nice effect to make it look used. 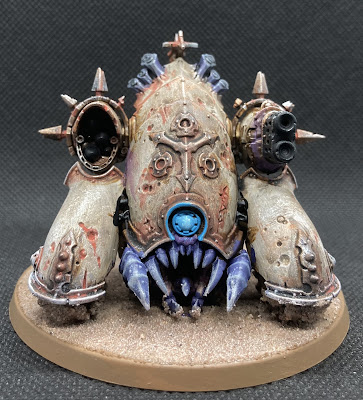 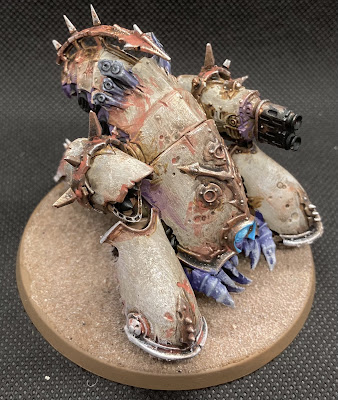 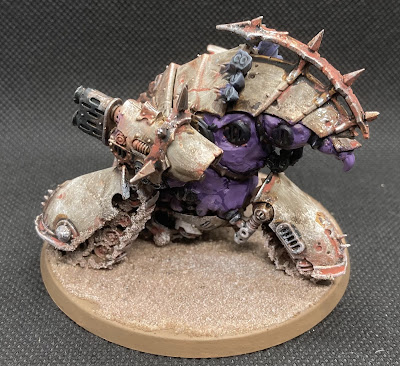 Next is the Myphitic Blight-hauler, no conversions here, but in painting it up I did kind of fall in love with the model. It's gross, but strangely adorable. Look into that big blue eye and tell me he's not cute! 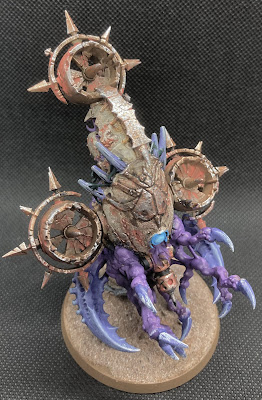 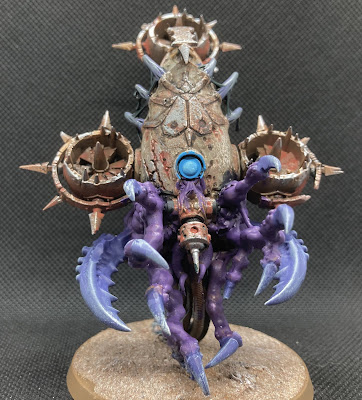 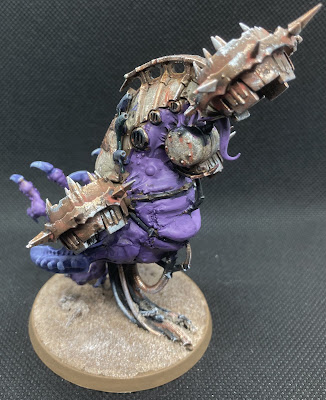 Finally, the Foetid Bloat-drone. This is the standard easy build version that comes with plague spewers, but I decided that I quite fancied the Flesh Mower variant, and I had built an Exocrine for a commission, so I had some spare gribbly bits for the Haruspex. So - this happened. 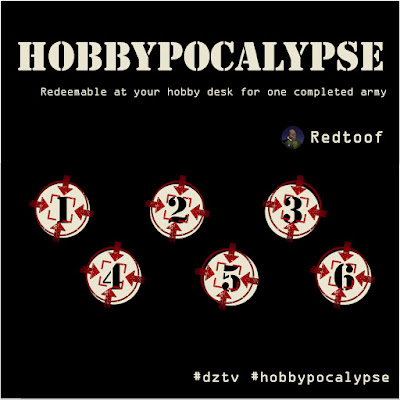 So, with that, here's the completed stamp card! One completed army done! Though of course, an army is never completed is it? I've got a bunch of chaff, pox walkers and cultists, to paint up, and I've been building some possessed marines, and I've got ideas for a daemon prince...
Anyway, hope you enjoyed this, and stay safe out there!
Posted by Redtoof at 15:35