Hello!
As promised in my previous post on Pteraxii and Serberys, I took a load more photos of my Mechanicus mixed Imperial force known as Explorator Fleet Helios. Since the last time I took full army photos, I've added the aforementioned new kits, plus some extra Skitarii and an a bonus Tech-Priest, and the Rogue Trader Elucia Vhane and her entourage. I've also improved my skills with the camera in an iPad, so that's nice. Anyway... 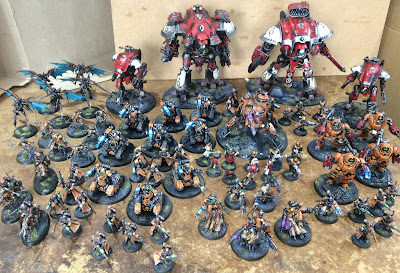 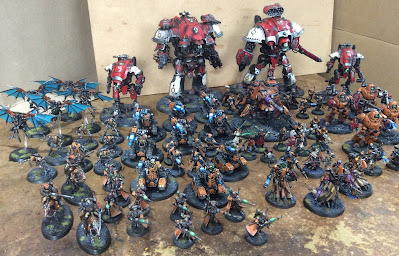 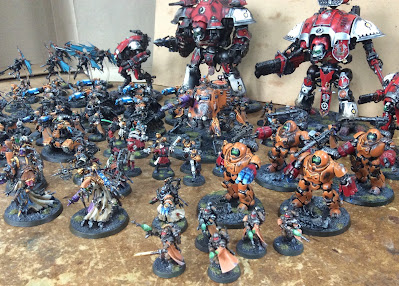 Looks like quite a sizeable force now! Of course with 9th coming up, allies won't necessarily be a smart move, but I should still be able to put together some fun and strong-ish lists. 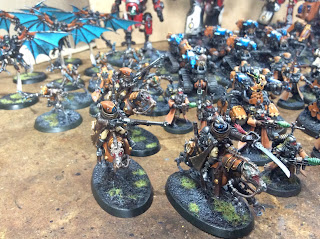 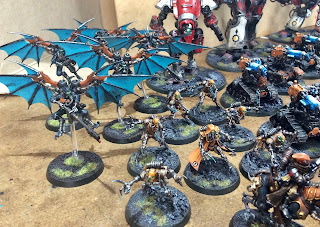 The new boys are integrating well I think. In spite of having somewhat varied schemes they fit in nicely alongside the hilariously useless Ruststalkers. 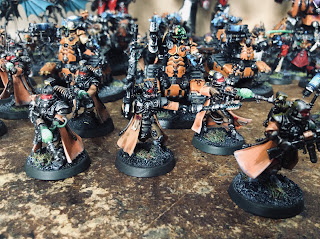 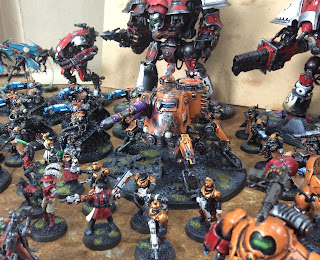 Skitarii and their warmachine, the Onager Dunecrawler. I've now got 30 assorted Skitarii troops scattered through this army, which makes a nice speedbump if nothing else. 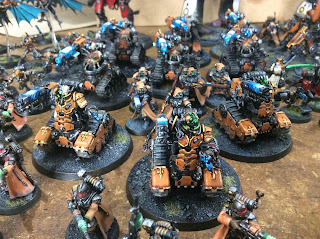 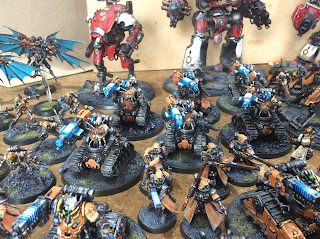 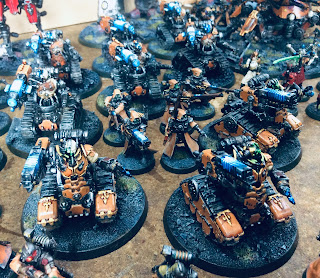 I love my Kataphron Servitors, they are just so 40k, and I think the Ryza paint scheme really shines on them, contrasting with the blue glow of their weapons. 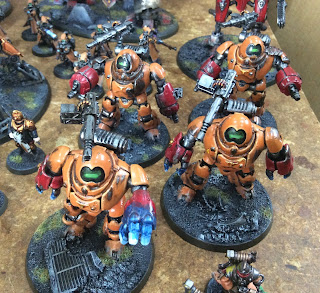 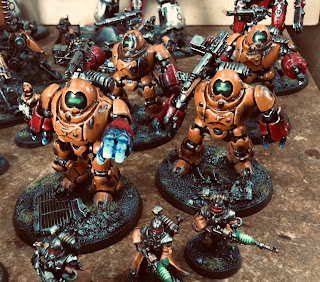 The Kastelan Robots are among the oldest parts of the army (both in lore and in the order I painted everything) and I still have a soft spot for the power fist versions, though I felt compelled to add some 'dakkabots' because they are just so good, even as just a pair. 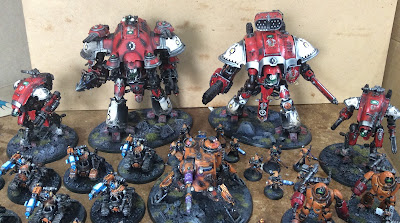 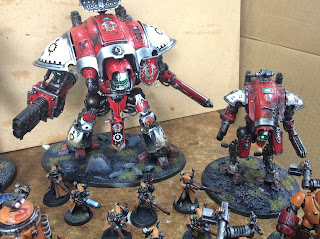 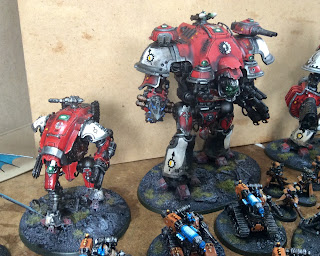 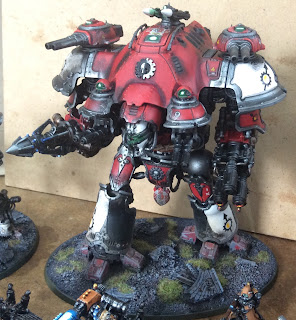 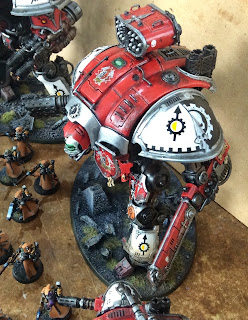 The Knights of House Taranis! Please excuse the fact that the Armigers are aiming their meltaguns to their immediate right - they are on magnets and I didn't realise I'd knocked them until I was putting it all away! The big ones are Sir Camulus piloting Crimson Storm (He's magnetised, but 'canonically' an Errant) and Lady Helana riding The Defiant Flame! (#rightdominus) 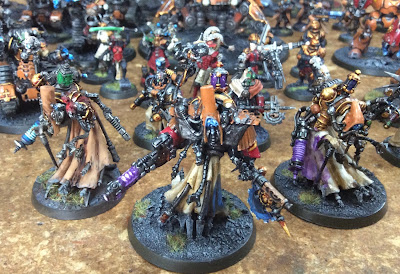 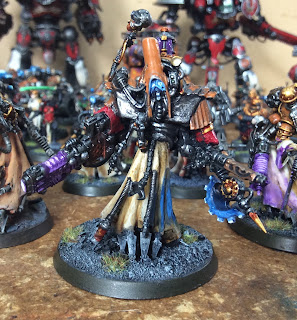 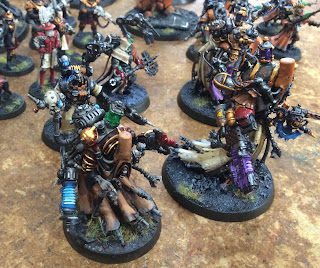 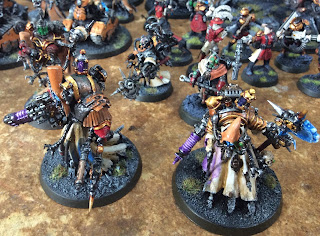 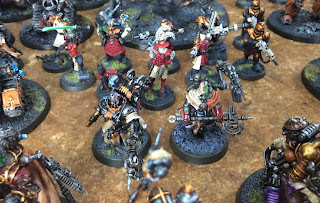 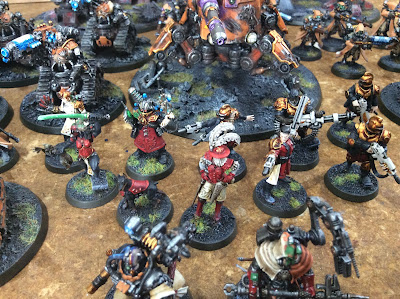 Finally the command section, including my custom Arch-magos (currently unnamed) made from a Tech-Priest Dominus facing backwards and a load of greenstuff and bits. In game he's a Dominus with the Ryza Volkite blaster relic but I think in the new Engine War book there are some fun options of warlord traits and the like to make him stand out a bit more. There's also another could of Dominii (?), Enginseers and the Elucidian Starstriders. 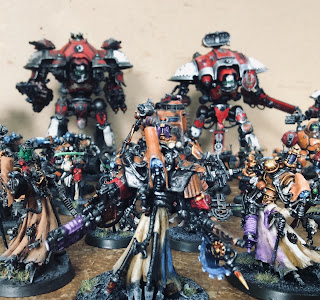 And that's the army. I hope you enjoyed this little look at them. They are probably my prettiest army, so it's always nice to get them on the table. Speaking of which, they may soon be having a cheeky appearance in the 8 Days on Reuvengrad campaign...
Posted by Redtoof at 16:01