Hello!
As the title suggests, this post is just a bit of a selection of bits and pieces I've been doing recently. I managed to grab a box of the Beast Snaggas with the new Ork Codex, so I'm looking forward to getting some games in and painting them up, but in the mean time I'm finishing up some other projects and enjoying some other hobby stuff.
So firstly, here's some Lunar Auxilia 3D printed by Forsters Foundry - I know them through my wife and LARP, so they reached out to give me a few tasters and see if I liked them. 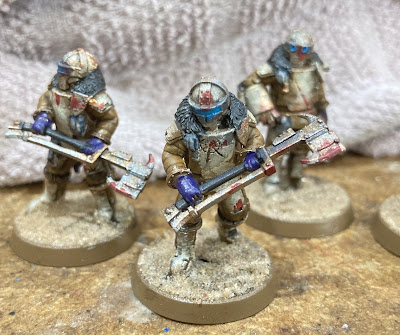 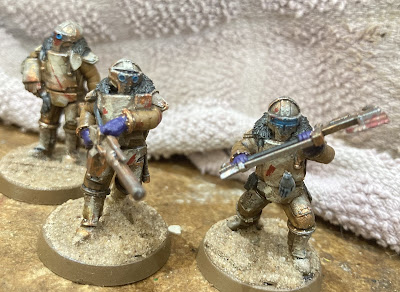 Have to say, I think they look pretty cool. As 3D printed stuff goes they were pretty easy to clean up and get painted. I chose to give them a similar paint job to my Death Guard, in case I wanted to include them as extra cultists or something. So thanks to Dave and Deb for the cool toys!
Next, as mentioned, I've got the new Ork book, so I've been doing a little bit of a rework of some of my minis that either no longer quite fit or needed a bit of an update. 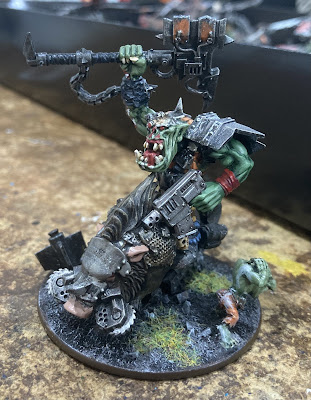 This guy was once a Warboss on 'bike', but these days he's a bit small. However after swapping his claw for a slugga, he should be about right for a Nob on Smasha Squig - buzz saw tusks for mortal wounds seems fair. 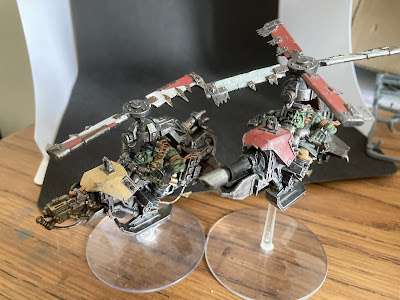 Deffkoptas are back - and now there's an option for mega blastas/big booms in the Codex, so I converted these two, formerly sporting big shootas, giving them a big blasty gun each and a bomb of some sort nestled below the tail rotor. I also applied magnets to the flight stands of all the Koptas I own, since a couple of the pegs had snapped off the stands anyway, and another couple were being held in place with bluetac! 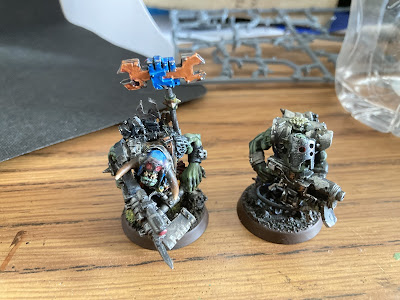 Finally bashed up a couple of Spanners with big shootas from some models that weren't getting much use, since they are now mandatory in Lootas or Burnas. The guy on the left started life as a 'normal' Big Mek and the one on the right was a Nob for shoota boyz with a kustom shoota. Since neither are now options in the book anyway they got repurposed, with a but of modification. I'm particularly happy with the face plate on the right, I think it's part of the exhaust pipe from a battlewagon.
Next, some Imperial Fists I've been working on as a commission. There will definitely be more of these further down the line. So far I've done a bunch of infantry and most of a Repulsor Executioner (the grav plates are with the client to be added later along with the bases for the infantry). I painted everything but the yellow - which was sprayed, washed and drybrushed before arrival. 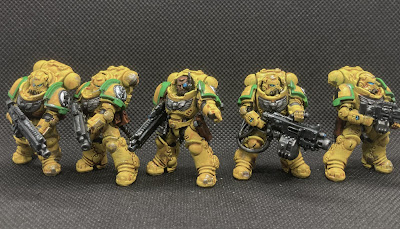 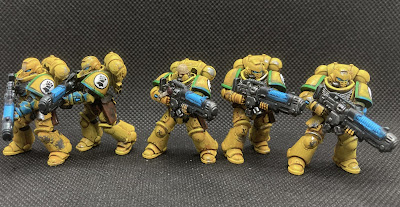 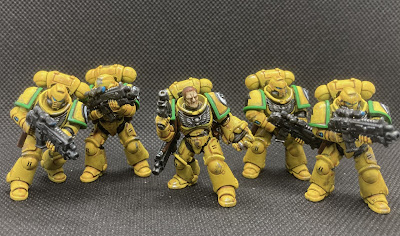 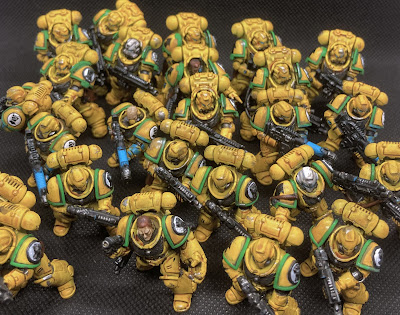 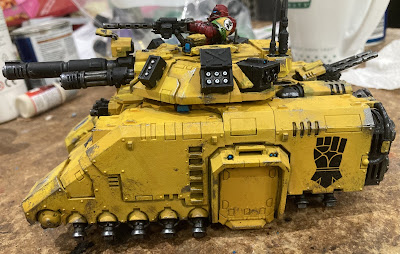 I've never really been a big fan of the Fists, but I have to admit they look pretty cool with a bunch of chipping and dirt on them, especially with the slightly dulled 'JCB' yellow.
Finally, away from the painting table, I was able to do some nerding outside with Fools and Heroes LARP: 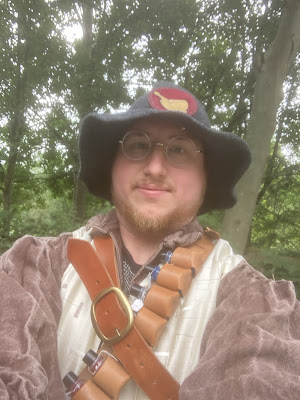 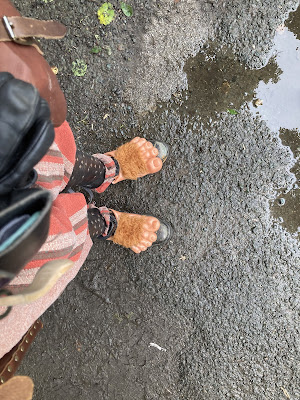 It was of course, raining. Classic.
Anyway, hope you enjoyed this little selection of random stuff. If all things go well there should be some battle reports coming up for 40k with the new Ork book and for Titanicus! There might also be some more Death Guard stuff on the way, as I finish up a bunch of units to take me into the 2500-3000 point range for some more options. Hope that sounds interesting, and stay safe out there.
Posted by Redtoof at 15:03