Hello!
Here's the third wave (kind of) of the Kharadron Overlords commission project - this time it's 'oops all boats.' I did a couple in the first wave but this time there's four of them, and they definitely don't all fit in the light box!
First up, a two for one: 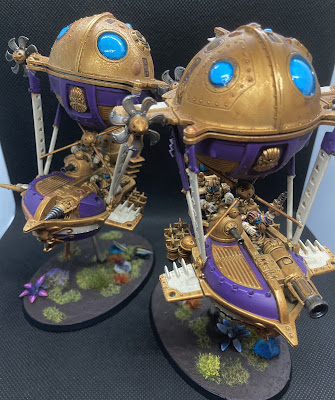 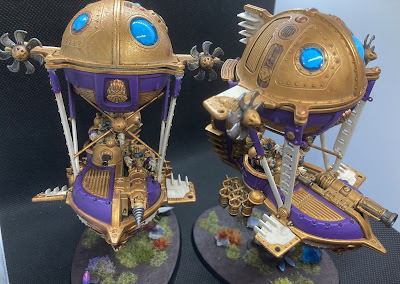 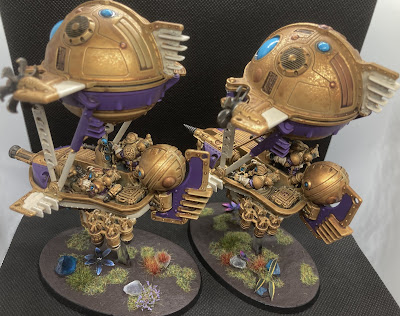 Here's a couple of Grundstok Gunhaulers. The first one was built pretty much exactly as per the instructions, but these have got a few little variations - heads swapped, a pistol arm and a few extra gubbins placed on the deck. As before they also have magnets so can run either main gun. 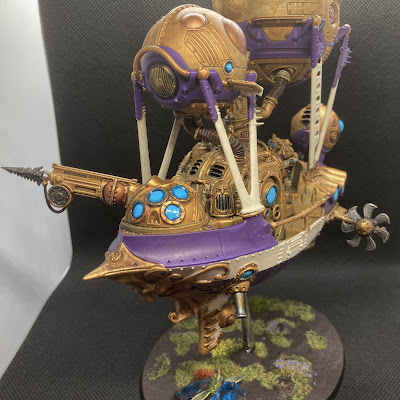 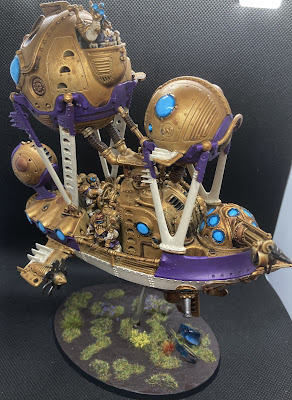 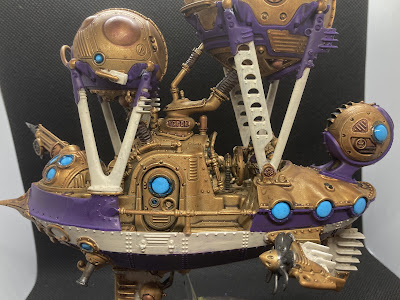 The Arkanaut Frigate - again, pretty much the same as the previous one (aside from the crew member going on the other side of the deck); magnetic weapon, crystals on the base etc. 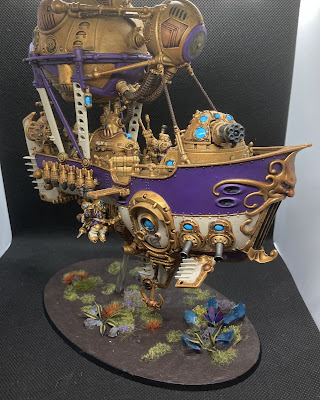 And finally, the Arkanaut Ironclad! This one was a beast! 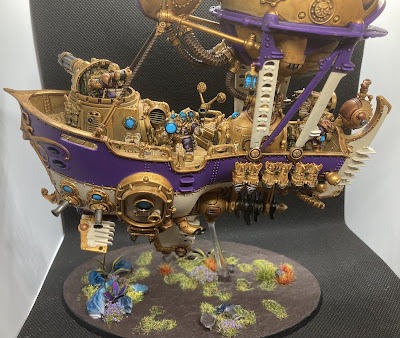 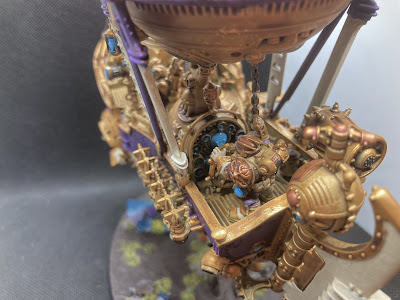 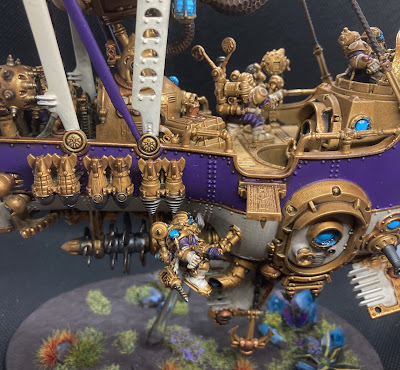 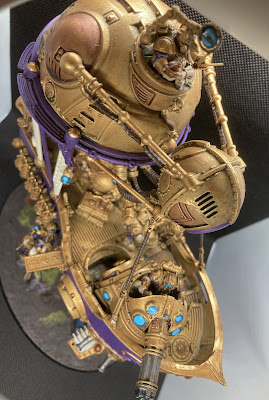 As you can see, it's got the full compliment of extra crew, including the guy touching up the paint job! 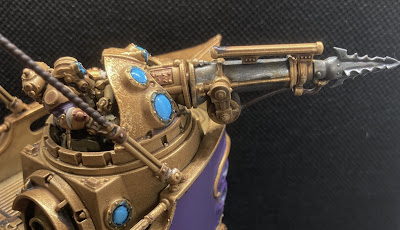 Once again, magnets were employed on the main weapon - I had to be a bit clever with it to allow all three variations, since the big cannon and the harpoon use the same barrel piece, but it works. 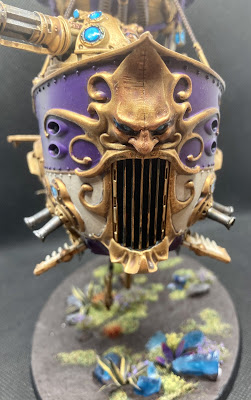 And here's the big old scary face on the front! This boat certainly has a bit more of an intimidation factor than the smaller ones!
Anyway, the final (?) wave will be another mix of 'infantry' and boats, which I should be getting to work on soon (if I don't get distracted by more Dreadnoughts...) Thanks for reading, hope you enjoyed, and stay safe out there.
Posted by Redtoof at 17:50