Hello!
If you've been following me on Instagram you'll have seen I've played a couple of small Crusade games with the Tyranids. This is for the Grim Dice Crusade League - last time I ran the AdMech, but this time I fancied the bugs, since they have some awesome narrative content in the Codex. It did mean I had to scrub the previous game they'd had to start on a clean slate.
Once again I was using Hive Fleet Behemoth, and I focused mainly on units that felt thematic for the early stage of a Tyranid invasion - luckily the book tells you what units there are and even gives you a bonus for taking them (they get double the experience just for turning up). In this league we're using the Wars of Faith mission pack, so I had to pick a 'faith' for my forces, opting for 'Dark Fervour', which felt like the most Behemothy one. My first 25 power level patrol ended up as:

As you can see, a melee focused force with some mobility and a bit of a mortal wound deterrent from the mines, filling out the roster.
My first game was The Storm Breaks - four objectives with bonus points for killing enemy units in their deployment zone, against Matt's Orks. 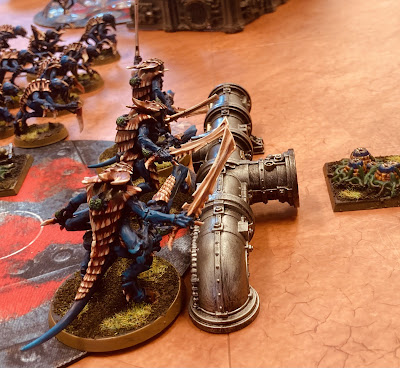 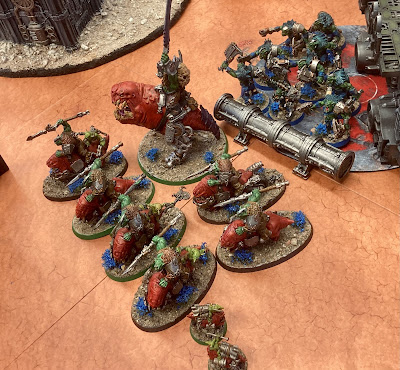 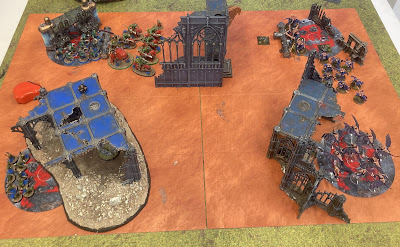 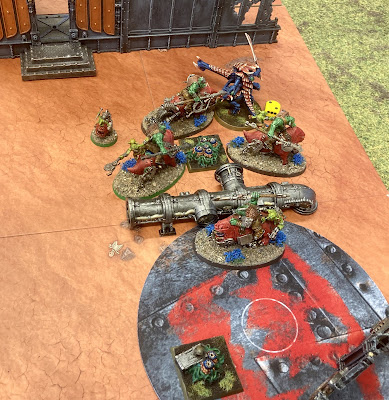 This felt like a game that hinged on if the Squighog Boyz could make the charge around the building into my forces, after taking damage from the Spore Mines. Sadly for me they did, killing the Broodlord and most of the Warriors without much in the way of a response. My Genestealers went in and did eventually kill them, but it left the Squig riding Boss to come in and clean up. The Gargoyles proved unlikely heroes, wiping out Boyz and Grots (though both units fell to morale so I didn't get the kills) but were unable to effect the outcome of the game. A loss, but it was a fun little scrap all the same though.
The second game of the league was Covert Engagement - four objectives in a cross with big bonus points for killing the enemy 'Paragon', against Hikowa Dean's Adepta Sororitas. 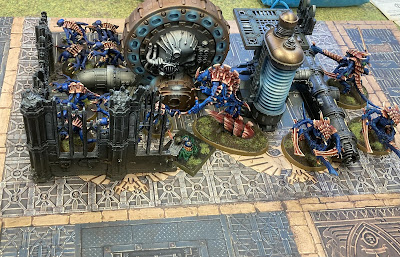 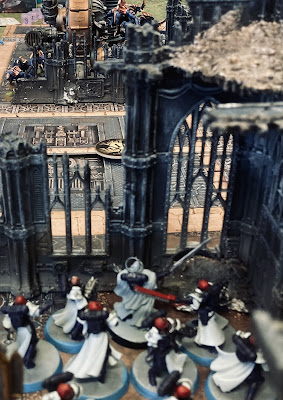 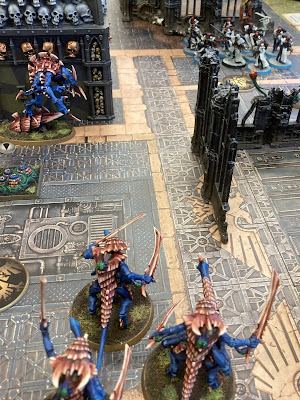 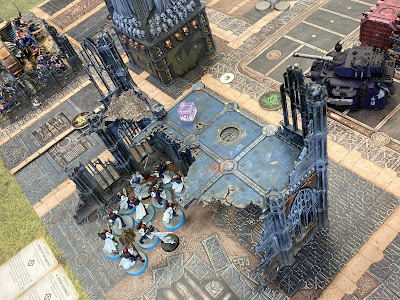 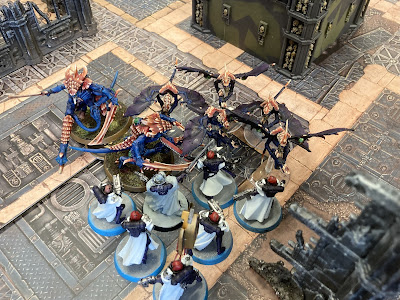 In this game I opted to go second, then somewhat regretted it as my entire Genestealer unit fell to firepower from Sisters and a Castigator. After that I was playing catch up, the Warriors and Gargoyles combined to remove a Zephyrim unit, but then the Broodlord died embarrassingly to perils of the warp and some bolters, and I didn't have much else to play with from then. A tough loss for the Nids, sometimes in these small games it just quickly gets away from you like that.
So, with two losses in the first round, I felt the need to add in a bit more heft to the list for the 50 power level stage. Still in the Invasion step, I opted to add some more units that would benefit, and a big beefy HQ choice to hopefully stick around a while!

Hopefully that'll do a bit better, while still being fun and fluffy! Hope you enjoyed reading, stay safe.
Posted by Redtoof at 17:38