Hello!
One of the things I've been most interested about in the new edition of 40k is the Crusade system. It's not something I've seen that many people exploring yet, and I have a lot of thoughts about how it's not suitable for all kinds of narrative play, but the whole unit progression and emergent storytelling thing is right up my street, so I thought I'd give it a go.
First choice was to pick a faction. I put a lot of thought into this - I reasoned I'd probably not play Crusade all that much, so to get the most out of it I'd have to stick with a single army for some time. I considered Orks and Genestealer Cult, but eventually settled on the Adeptus Mechanicus of Ryza (and possibly Knight allies down the line). I reasoned that I've played them in most 8th edition tournaments I went to, so it was probably their turn to be the 'narrative' army while the xenos get their chance in slightly more competitive situations. I also don't really have any background for them, my 'Archmagos' didn't even have a name! I decided the Crusade would be his 'origin story' of how he rose up through the ranks from being a regular Magos to master his craft. I took the opportunity to name him using the Engine War name generator: Vettius Thannek 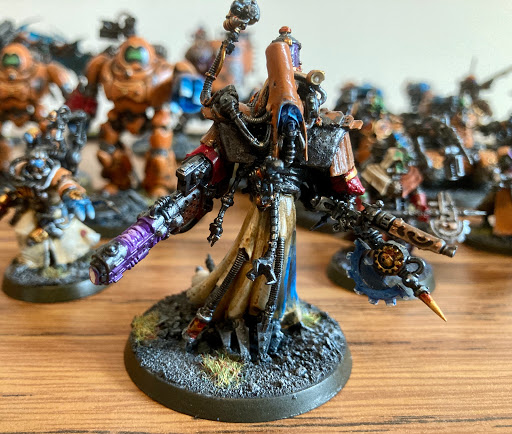 Here he is in all his weird glory. As an aside he's build from a reversed Tech Priest Dominus, with a load of greenstuff and bits slapped on his shoulders. As his gun is pretty beefy, and he is a Magos, I decided to spend some requisition off the bat to give him a relic (Weapon XCIX - a beefed up Volkite Blaster from Ryza) and a warlord trait (Divanations of the Magos from Engine War). With that sorted I spent the rest of my requisition on increasing my supply and recruited the rest of the Crusade: 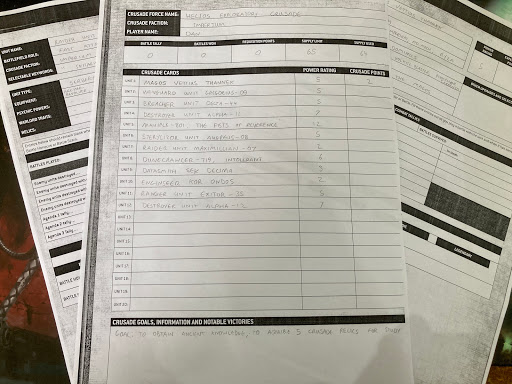 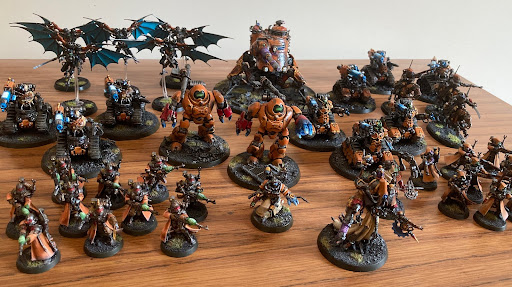 A bit of a mix of everything in here, including my new toys and a chunk of the regulars, enough to make either a patrol or a battalion. Nothing too competitive or spammy - the only duplicated unit are the Destroyers, and I think they would be stronger as one unit to benefit from Plasma Specialists.
There isn't much guidance on the 'Crusade Goals' in the rulebook, so I took inspiration from the Warhammer Community articles 'We're on Crusade' when picking mine. I decided that, as a Magos of the Adeptus Mechanicus, Thannek would probably be after some rare, arcane technology, so set myself the goal of picking up 5 Crusade relics. I assume this will not be easy but will be achievable in time, though I suspect the intent is that new goals might arise as you play. 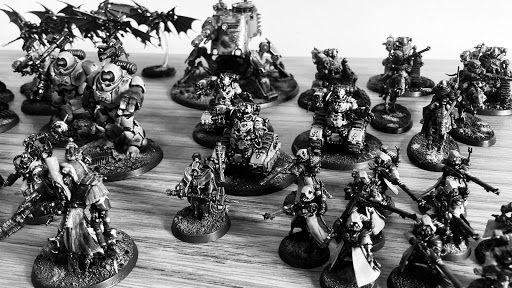 So there we go, one Crusade force ready to fight for the Omnissiah! I've got my first Crusade game lined up for later today, so the next article should be a write up of that, and we'll see what progress has been made towards seeking out some lost relics. Hope you enjoyed, and stay safe out there.
Posted by Redtoof at 14:24