Hello!
The Death Guard force expands! This month, a little more than the prescribed 250 points, as I did a big unit of Blightlord Terminators, weighing in at 425 points! This of course to go alongside Plague Marines and support characters in month one and two, and a Plagueburst Crawler, plus Lord of Contagion in month three. 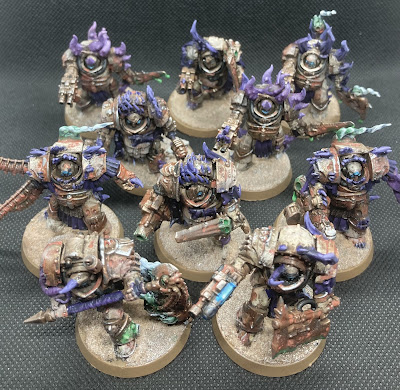 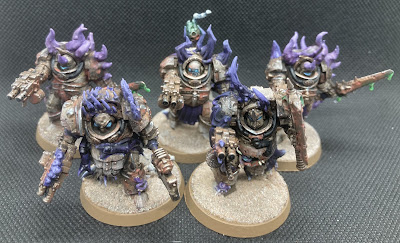 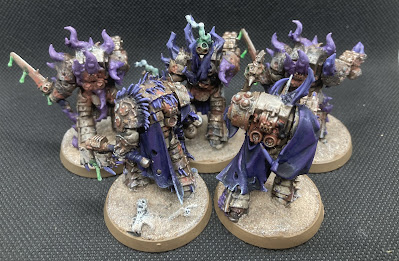 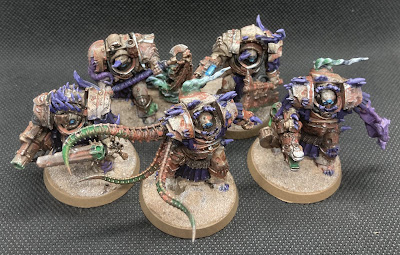 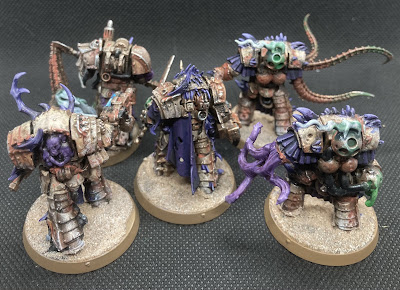 They were painted in a similar way to all the others, though I started with some Typhus Corrosion after the spraying stage and put some extra metal highlights on at the end. It's a mix of the full kit and the easy to build ones, and there's also some fun conversions in here - I bashed together a second Blight Launcher from a Plague Spewer and some bits, and a personal favourite, a second Flail of Corruption using tendrils from the Drukhari Talos kit! The champion has been given a combi-plasma as well, just as a style choice really, I can't imagine he'll risk overcharging it often! 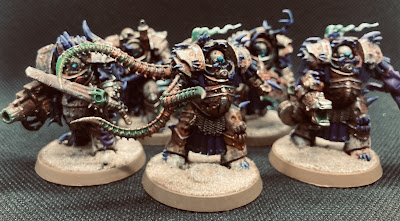 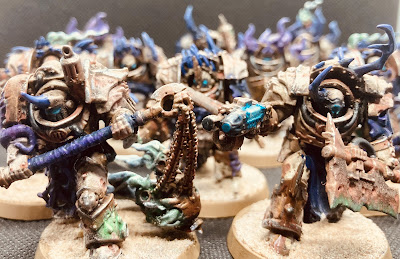 I'm pleased with the results so far, and that puts me comfortably over 1000 points now. The light box is no longer big enough for the whole lot, but I did snap one of the Terminators with their boss. Anyway, that's this month covered, time for the Stylus stamp of approval! 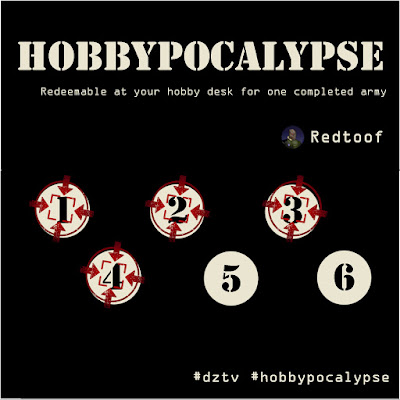 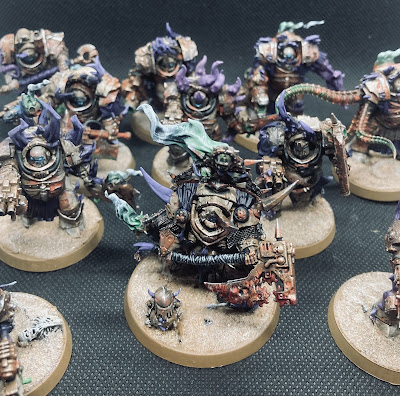 I had originally said that I wasn't sure if I was going to play with this army, or just use it as a painting project and sell it on. However I'm pretty happy with how this army is progressing and it's a lot of fun to paint! So I think I'll probably keep hold of it and expand beyond the scope of this Hobbypocalypse challenge. With that in mind, I've got the Codex, and arranged a couple of games with them, now that we are allowed in the UK. Hopefully I'll have a bit of a battle report write up or two coming soon!
Hope you enjoyed, and stay safe!
Posted by Redtoof at 18:00