Hello!
Back with more Death Guard! Once again, I've been painting about 250 points (ish) a month of 'dry' Death Guard to 'play along' with the DZTV Four Horsemen of the Hobbypocalypse. Month one covered some troops, while month two expanded on that and added some characters. This month I decided I needed a leader, and that I needed to see what the scheme looked like scaled up... So here's what I've done, a Lord of Contagion, a Plague Burst Crawler, and two very cheeky Nurglings! Let's look at the Warlord first: 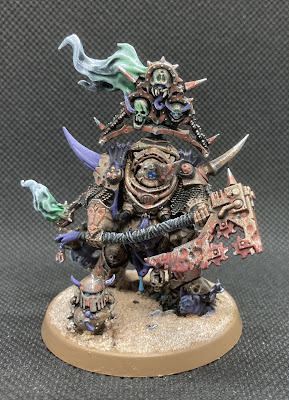 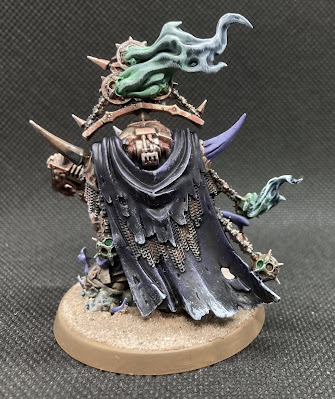 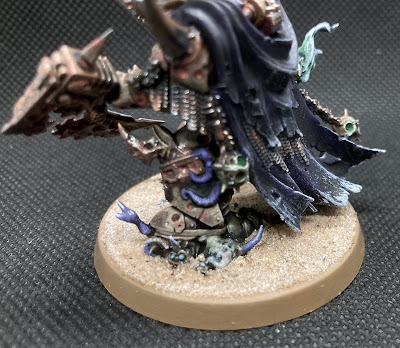 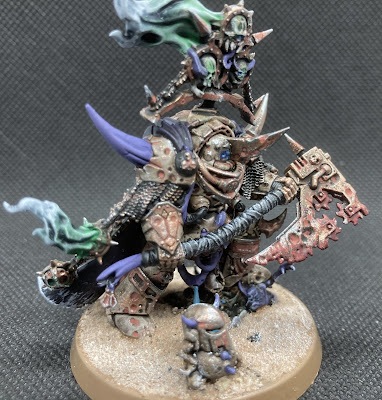 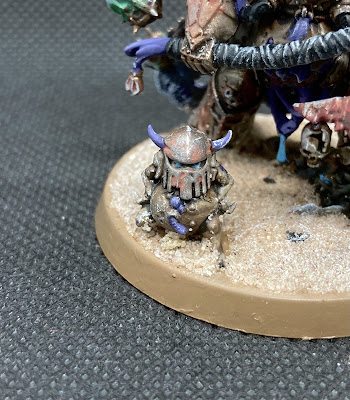 Of course, the 'sassy' Nurgling is the real star of the show, so I had to put him on the Lord's base (in front of some of his squished brothers). The Lord's scheme was looking a bit... basic, with just the sponging and rust powder, so I put some extra Flesh Tearers Red on his axe as a big of gore, and got the Hexwraith Flame out for his noxious fumes.
Next up, the PBC: 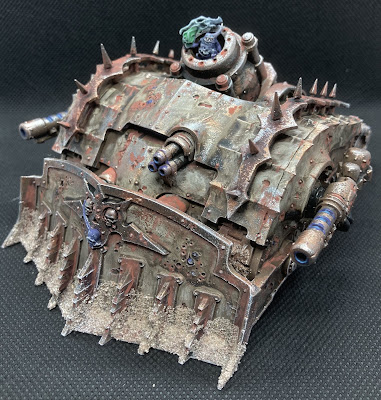 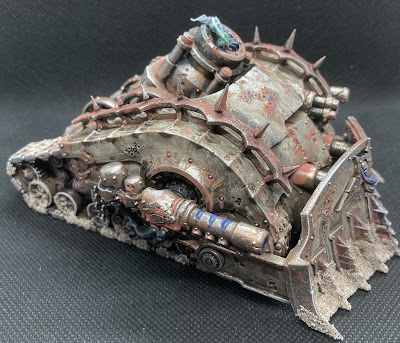 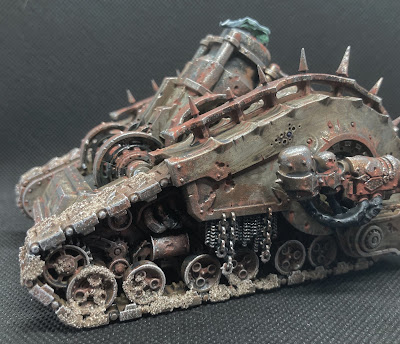 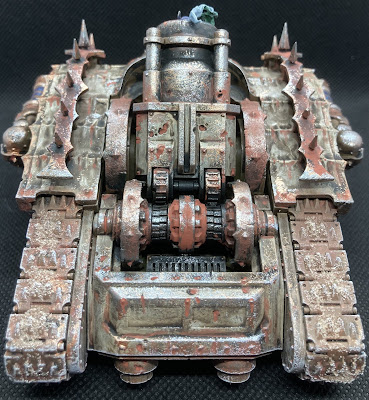 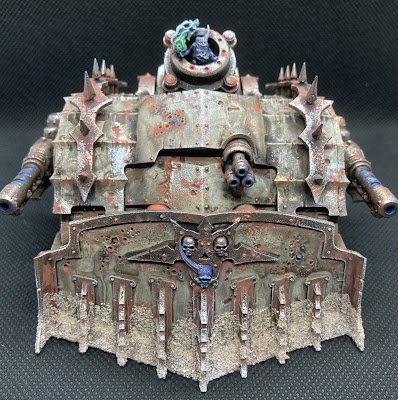 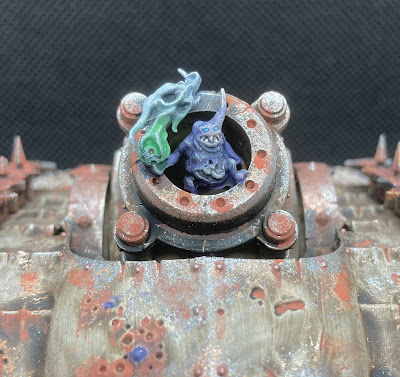 I had a lot of fun doing the weathering on this tank, as well as piling up the sand on the dozer blade and on the tracks. However I knew with limited gross nurgly bits, it wanted a little something extra to stand out, so que the exceptionally brave purple Nurgling in the barrel. I think he's just the disgusting cherry on top the crawler needed.
So that's what I've been up to this month of the Hobbypocalypse, and here's my stamped card to prove it: 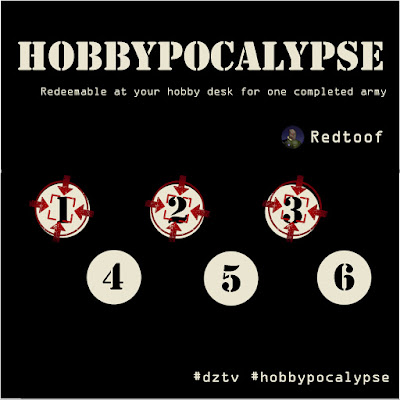 All in all, the project is going along well. I'm not entirely sure what to do next month, but I think it'll be a big blob of Blightlord Terminators! Until then, here's the full force for now, just about still fitting in the light box! Hope you like them, and stay safe! 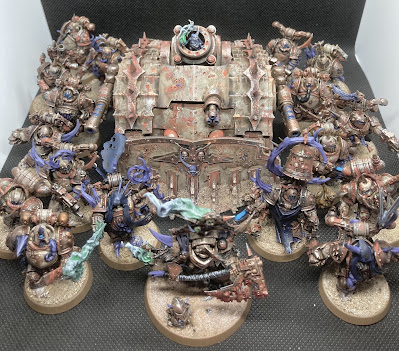 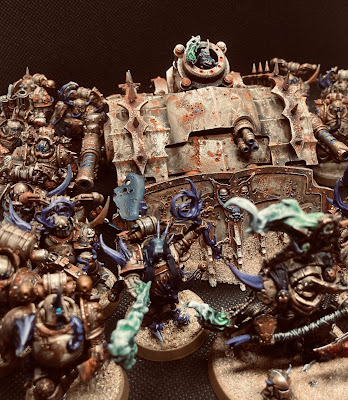 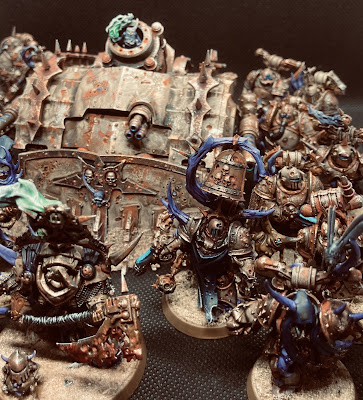