Hello!
Another Tyranid commission, this time a bit of a bigger army of a custom hive fleet. The client and I brainstormed a scheme and came up with a fairly bright purple and green, but with a key feature being the use of sponged on highlights for the upper green layer to give a somewhat natural look. I decided the best way to hone the technique would be to paint up all the little bugs first, then move progressively up the Tyranid scale.
So, here's a selection: 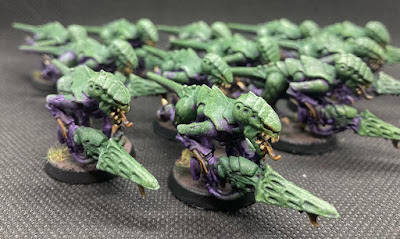 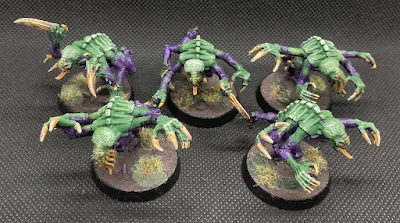 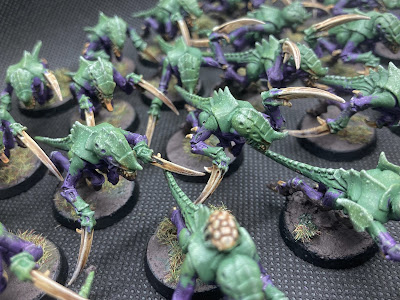 As you can see, the green extends over the back carapace down the tail and over much of the head and weapons, but the purple is more visible from the side or a lower angle. I think this should look striking on the more upright creatures, showing more purple and making them stand out more. There's also that spongey mottled effect over the green which I think makes them look a bit more organic - this was done by sponge highlighting first a lighter, yellowish green and then bone. 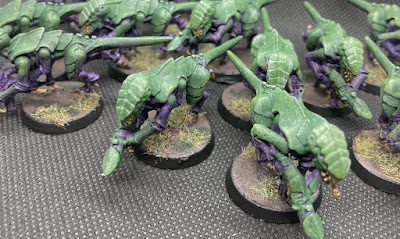 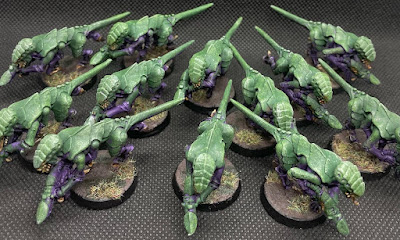 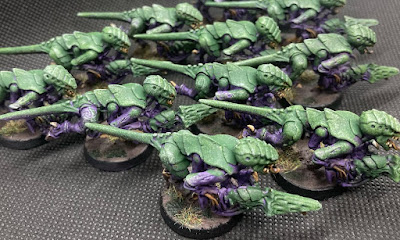 Termagants were the first stage of the project, a dozen with fleshborers and the same again with devourers. A nice tidy batch of 24 to start with! This also let me experiment a bit with a yellowy spot colour for eyes and stuff, and with the swampy bases. 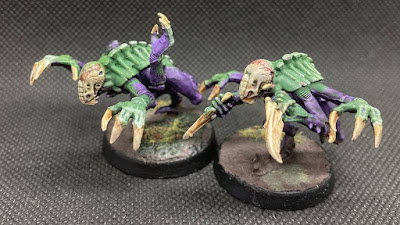 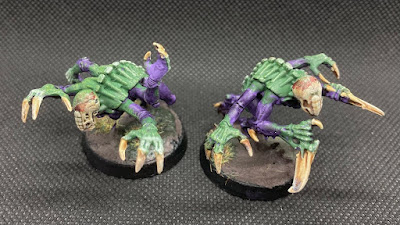 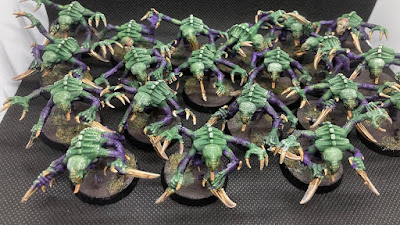 Next up Genestealers. A couple of interesting bits to paint here - the skull heads, which I decided to paint as if they had sustained horrific flesh melting injuries but the will of the hive mind was compelling them to keep going. There's also one in there who is missing a leg, who got a similar treatment with a splatter of Flesh Tearers contrast. 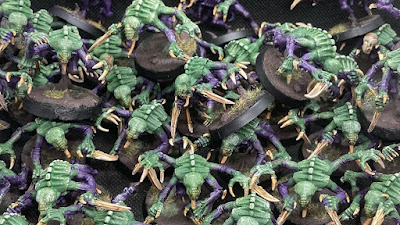 This was also a bit of a bigger batch. 40 of them! They didn't really all fit in the light box though! 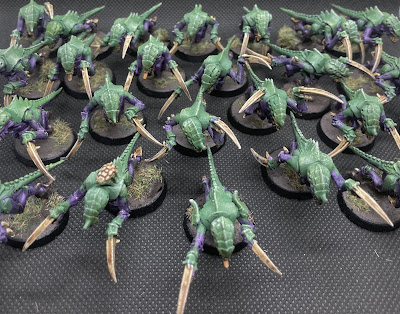 Finally (for now), Hormagaunts. I think they benefitted from the work on the Termagants in that the sponge work is a bit more pronounced, and I left a bit more of the purple visible on the head. I also had to add a fair bit of sprue and green stuff to some of the bases to get some of them to stand up! With green painted over the mud and some static grass on top of the mounds it ended up looking quite nice, so these features might make it onto a few of the bigger bases as well. 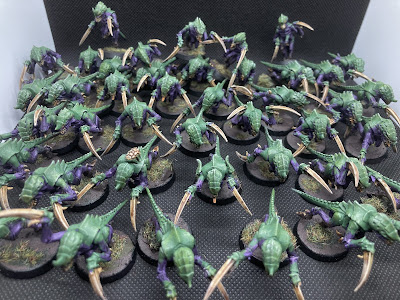 That was also a batch of about 40!
So there you have it! Client likes them, so I'm happy, but I hope you like them too! Thanks for checking this out, and stay safe out there. 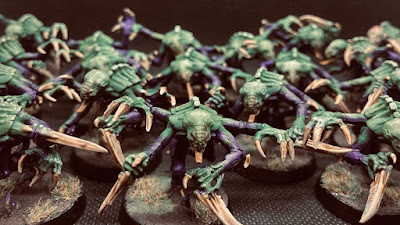 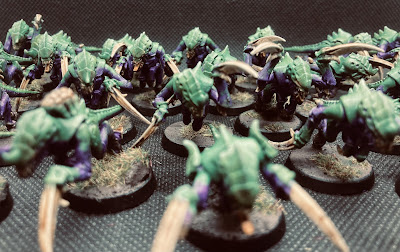