Adeptus Mechanicus on the workbench - Ruststalkers

I've been working on my Ad Mech. Forge World Ryza and allied Knights from House Taranis! I have a small force (including this Imperial Knight) that I am expanding out to give myself some further options, including the contents of Forgebane and some other purchases.

For a bit of fun, I'm taking part in the ETL over on the Bolter and Chainsword forum, a annual-ish painting competition/motivation device. It boils down to me needing to paint all this by August: 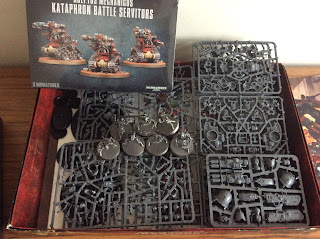 So first up I started on the Sicarian Ruststalkers, an eBay purchase already built and sprayed silver. Had a bit of fun painting the Transonic weapons, trying my (somewhat unsteady) hand at Duncan's method. Also saw an excuse to whack a transfer on the Princeps. 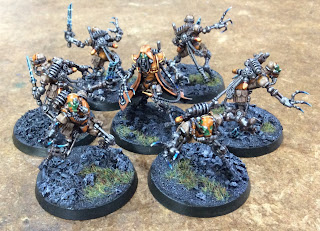 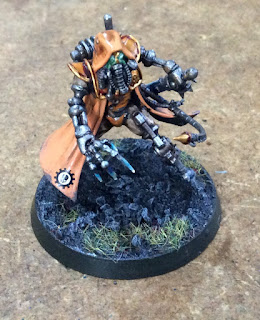 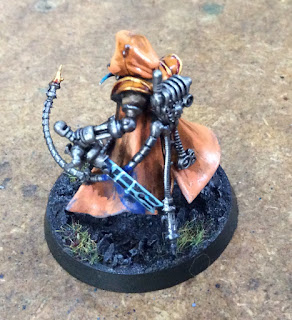 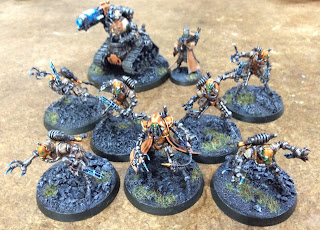 And after that I got all buildy on Plasma Destroyers number 4, 5 and 6 - Seen here next to no. 1. Some minor modifications here from the Breachers for variety. Then later got rad saturated gluing Skitarii Vanguard together - Seen alongside a painted Ranger Alpha. Was planning a bare-bones squad with the Data-tether, but I couldn't resist adding a cheeky 4 point power sword on the Alpha. Might get some use out of Rad Saturation combining with the Ryza reroll 1s to wound. 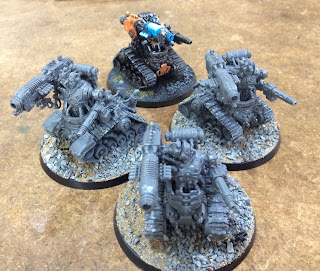 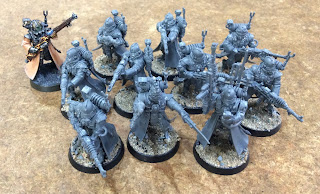