Now that the Valiant is all painted up, I decided to get all the Adeptus Mechanicus stuff out for some photos. This is my most recently started and smallest army, originally intended to just be an allied force to allow me to attend doubles events alongside other Imperial players. It's grown a bit since then, but I don't see it getting much bigger since I struggle to match the orange. That said, there might be further Imperial allies coming down the line...

I decided to name the force 'Explorator Fleet Helios' because it sounds cool, and because of all the brighter-than-the-sun plasma culverins. Lore wise this is a force that ranges far through the galaxy searching for archeotech and lost STC technology. I figure the commanders of the Ryza force hope to find more weapons to turn on the Orks that infest their Forge World, while Sir Camulus and the Knights of House Taranis are fulfilling some sort of ancient oath. 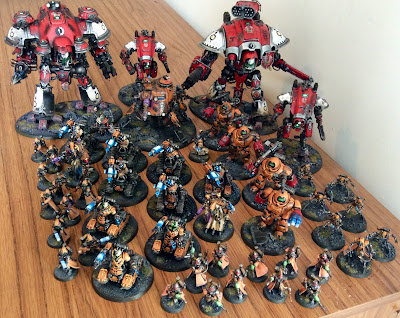 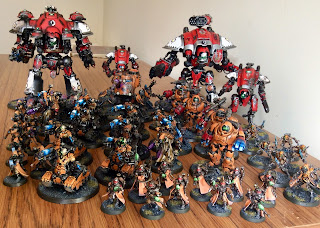 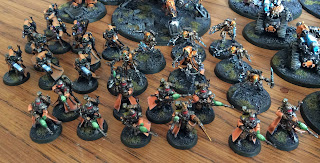 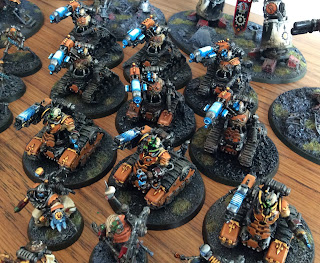 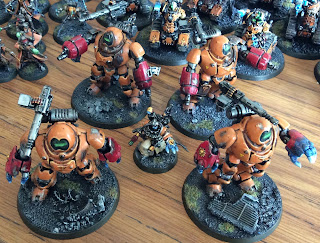 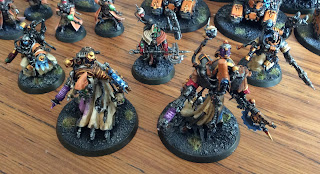 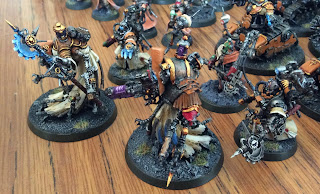 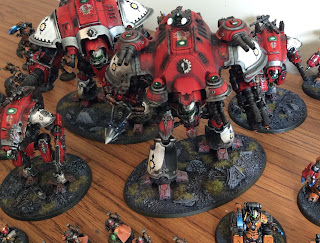 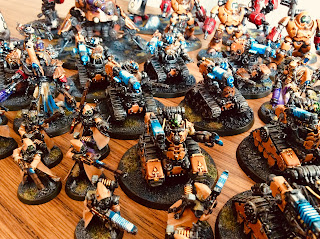 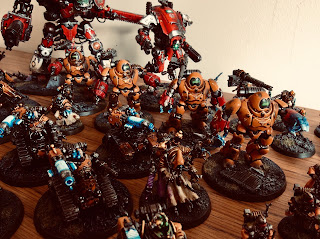 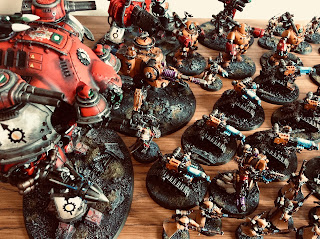