Hello!
As a bit of an impulse purchase I recently grabbed a couple of extra Warhound Titans for Adeptus Titanicus off eBay. In 40k they may be mighty behemoths, but in Titanicus they are annoying little imps that dance around the bigger engines and annoy them to death, and I love them. They've served me well before, but two is hardly a proper pack is it?
So, once again I magnetised the weapon options and went for a mostly black scheme, with weathering and slightly subdued gold trim. I changed it up a bit though by adding some more battle damage, including some big dangling cables from broken sections and a hole in one of the big exhaust grills. I wanted to play up the slow corruption and decay of these war engines, as the Legio Mortis would eventually fall to Nurgle after all. In addition for a bit of variety and Nurgliness I gave them green eyes instead of the red glow of the old pair. Anyway, here they are: 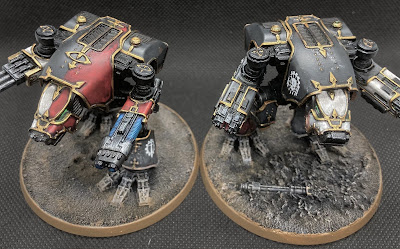 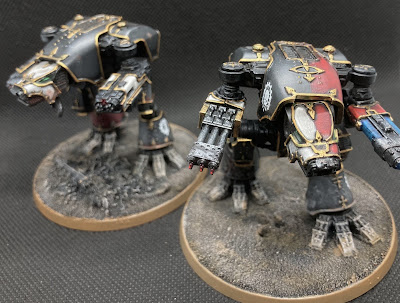 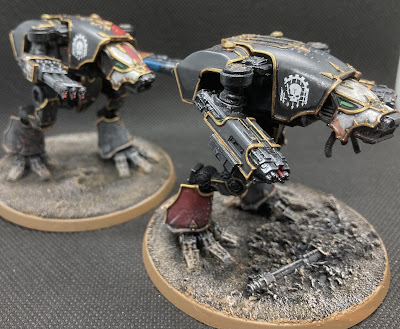 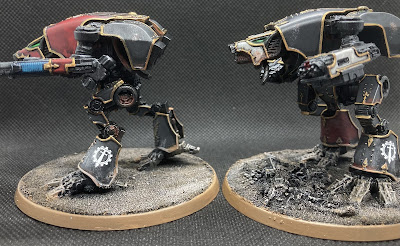 And as mentioned, now I have four of them! So I took the opportunity to photograph the whole pack, with some attendant Knights. Sadly I couldn't fit any of the bigger ones in the lightbox at the same time (I've do another full army shot one day!) Now I just need to be able to play games so they can run down some loyalist prey! 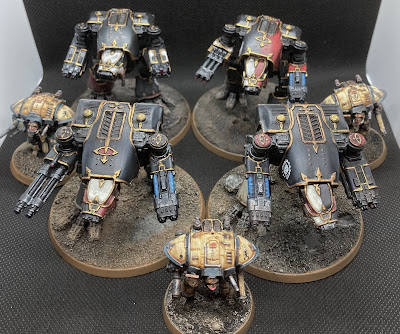 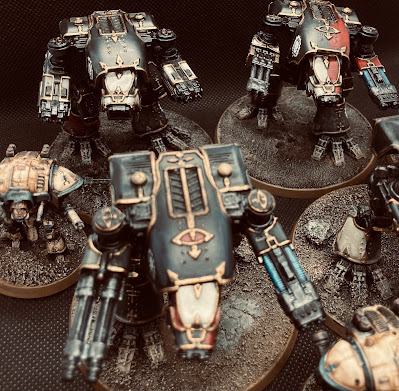 Hope you like them, and stay safe out there!
Posted by Redtoof at 20:49