Hello!
More Death Guard, but again not for me. Continuing with the Pallid Hand commission, here's a bunch of elites and characters, once again largely using 'cheating' methods, contrast, drybrushing, washes and the sponge! 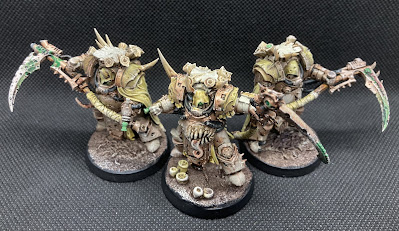 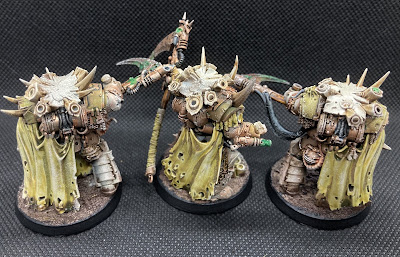 First up, Deathshroud Terminators. I've not got any of these in my own force, so it was fun to see them in person, and how much more imposing they are than their Blightlord brothers. Particularly pleased with the pale green half cloaks on these, a bit of an improvement over the ones on the Plague Marine champion. 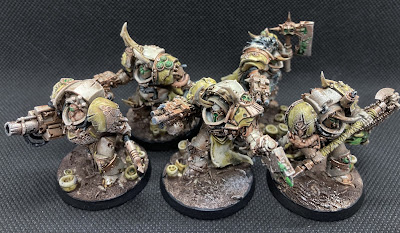 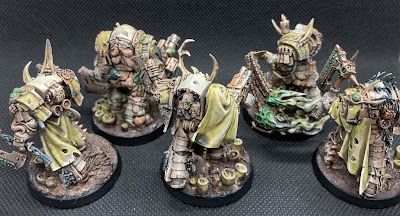 Of course, we've got some 'regular' Terminators in here as well, five Blightlords with axes, a Blight Launcher and a Flail of Corruption. The Champion has stolen an axe from the PM set, replacing a sword with a fairly simple conversion. 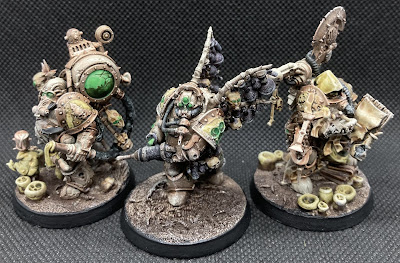 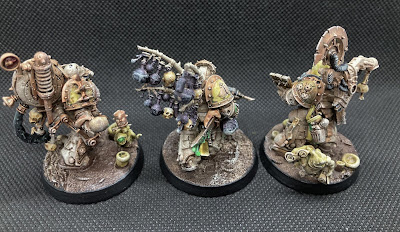 It wouldn't really be Death Guard without a bunch of elite characters would it? The Foul Blightspawn, Biologus Putrifier and Tallyman representing here. These guys have some fun details on them, which I think ended up looking pretty decent while still being fairly efficiently painted. 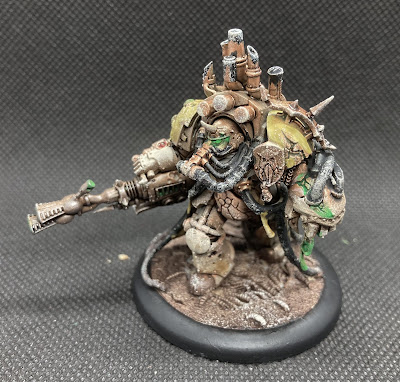 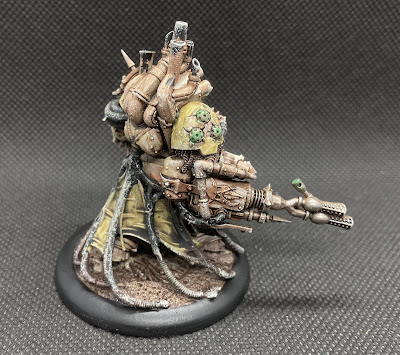 Getting to one of the big bosses now, the Lord of Virulence. Very cool model, and I think the sponging really gave all his cables and pipes a bit of a worn, wouldn't pass a safety inspection look. 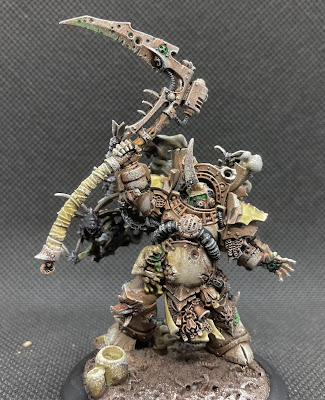 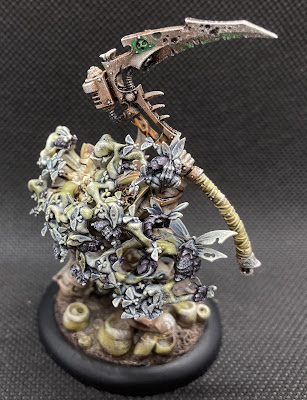 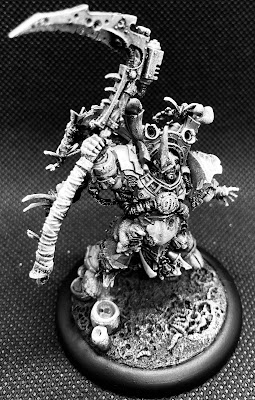 Finally the real boss, Mr Destroyer Hive himself, Typhus. I think he looks the part, and I'm particularly pleased with how all the flies came out, slightly colourful but not distractingly so, and not just boring black. 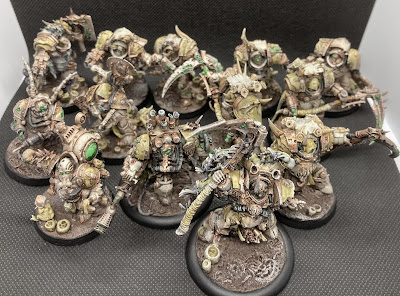 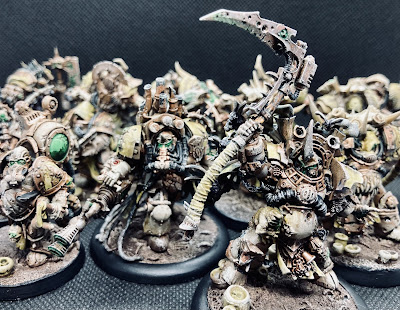 So there we have it, the command structure of the Pallid Hand. And that's not all, there is some heavy support, some chaff and some daemon allies on the way too! Happily the client is as pleased as I am with the results, I really am enjoying doing these messy, worn, mottled looking schemes, and the DG are absolutely perfect for it! Hope you liked them as well, and stay safe!
Posted by Redtoof at 15:16