Hello!
To add to the recent wave of Ork Reinforcements, I've painted up a new Redtoof! This is the new Beastboss mini, that my wife got for my birthday, ready to lead some Beast Snaggas into battle! 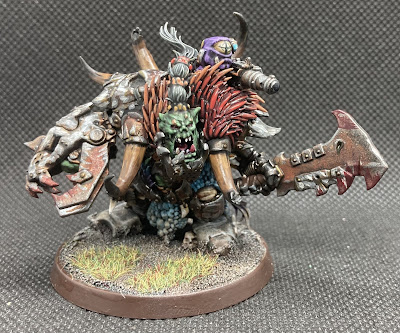 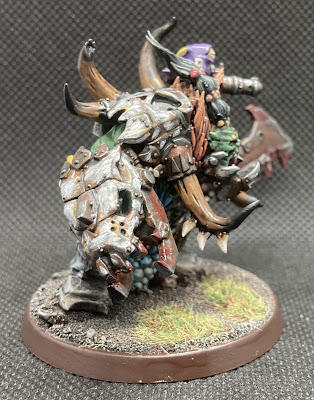 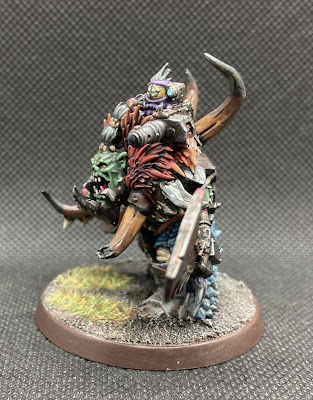 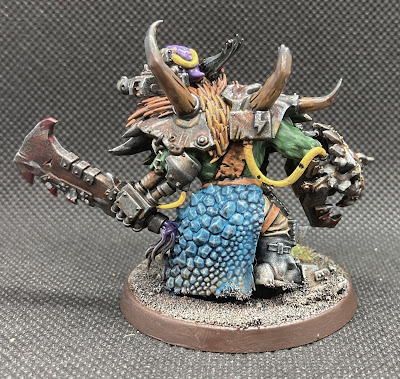 As you can see, he does indeed have the Red Toof, along with a whole load of nice bits of fur and hide and tusks he presumably took off his kills. I like to think this was the Nob from the recent Ork vs Ork battle report who obviously proved himself worthy at the end! 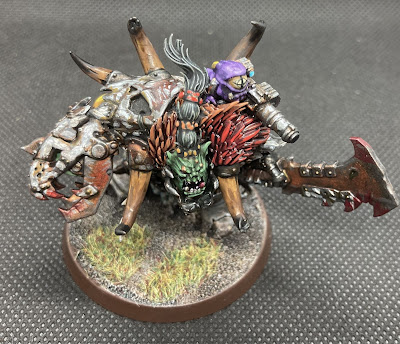 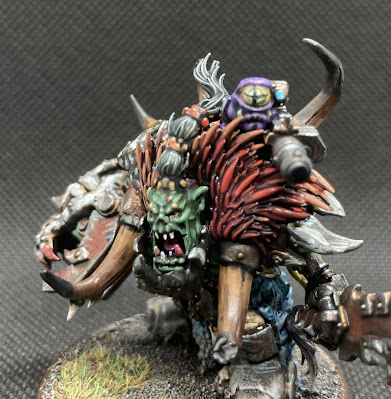 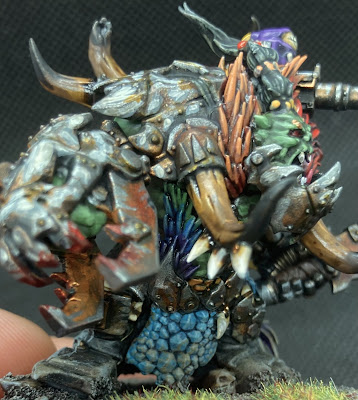 I wasn't sure what colour to paint the fur, so I asked some friends on discord. They were of course helpful enough to shout literally every colour imaginable at me, eventually deciding on 'all of them'. I went with the spirit of the ruling, and decided on a rainbow pelt, the red, yellow and orange over the shoulder, fitting in well as traditional Vipers tribe colours, and blue, green, purple sitting on the lower section over his torso. I'm pleased with the end result, I think it really ties in with the multicoloured madness of my Ork horde.
Anyway, I really like him, and I hope you do too! With any luck he might get a game some time, I might have to sneak him into my Crusade, though it would seem a shame to replace the 'current' Redtoof after his heroics! Thanks for reading, stay safe.
Posted by Redtoof at 16:29