Hello!
At the end of 2019 I did a little hobby review of what I'd done during the year, what I'd put on the blog etc. - mainly for my own amusement. Since 2020 is now over (much to everyone's relief) I thought I'd do a similar thing for the year just past. In spite of everything, there were still plenty of nice moments to look back upon. 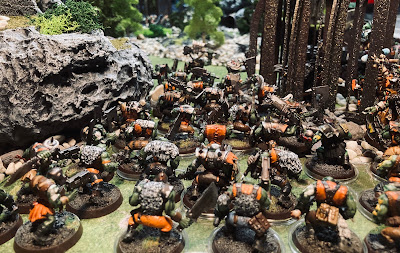 Overall:
My total number of blog posts slightly pipped 2019's 55 posts with 57, suggesting I was equally as busy in the hobbY. I was a little surprised at this, thanks to various lockdowns and restrictions, but I did manage to play quite a lot of games before it all really kicked off and in the 'safe' period between the first two UK lockdowns. I also painted quite a lot of stuff - a good chunk of it not for myself. For quite a long time I've been wondering about doing 'commissions' for friends as a way for the hobby to pay for itself, and this year I took the plunge. Aside painting and gaming, I also got into the Podcast game, joining in on a few episodes of the Narrative Wargamer, which was a blast. 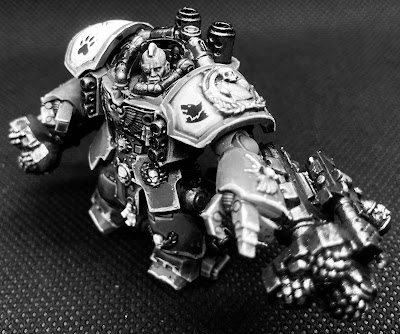 Battle Reports:
Not quite so many on camera this year, with a global pandemic putting the Reuvengrad campaign on hold, but a fair few of the pics and text versions. The start of the year saw a couple of tournaments, a local at Grim Dice and a big one at Warhammer World, then in the middle of the year I had another spurt of them after the release of 9th edition 40k. A couple of my favourites were this matched play game against John's Necrons and this Crusade battle against Tony's Orks. It's been a fun year for games, but obviously I would have loved to play a load more! 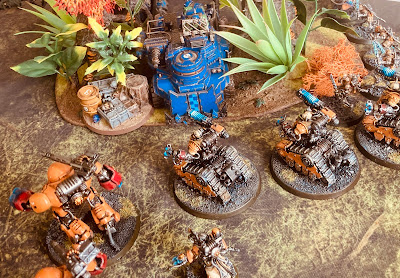 Hobby Stuff:
The 'big project' of the year was expanding the Lizardmen/Seraphon - I've still not played a game with them but I'm happy with how they came out, especially the big dinos. After that I did some Admech additions, then cleared up a few older projects before starting work on other people's minis, most notably the big Space Wolf project. Overall I'm happy with the quality and quantity of minis I've painted this year - I did have a bit more free time thanks to the various restrictions, though as a key worker I've been working as normal the entire time, so it's not that far off what I could achieve under normal circumstances. I think the grand total is 132 miniatures painted, including some fairly hefty models. 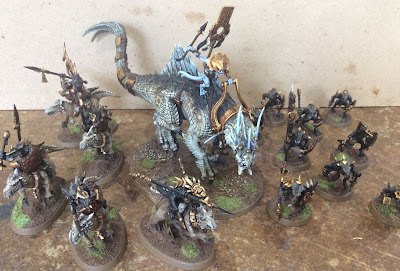 Other Stuff:
I did manage to get in a game of Titanicus in February, and got a bit into the weird world of Turnip28, but the blog content was dominated by 40k this year. Outside of the blog I got a few 40k games in on Tabletop Simulator, and have been playing a load of D&D over discord to while away the lockdown evenings, but for the time being that isn't being recorded for posterity. Not much LARP going on, since hitting each other with latex swords isn't very social distancy. 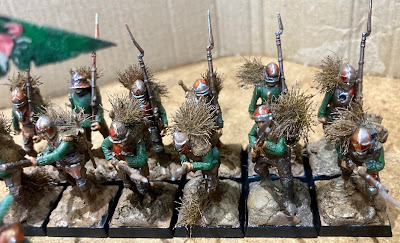 Looking Forward:
I think we're all hoping for a better year ahead of us, but I'm working off the assumption the the first six months are going to be a bit of a write off in terms of playing games. I will have much painting to do however. Having cleared my personal painting backlog, I gave in and bought the Tyranid box for Christmas (from me to me), plus a couple other things that arrived from Daddy Chrimbo's sack. I might finally do that Tyranid painting guide! There's also of course a whole load of fun stuff I'll be painting for others. Of course with any luck GW will release a load of new Codexes, some of which might be for me, so I could be playing games later in the year with another new set of rules, hopefully up to the standards of the Space Marines and Necrons. 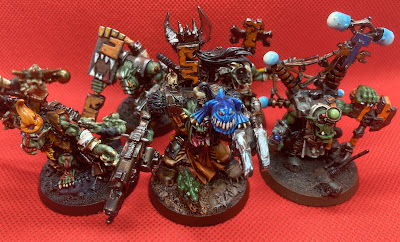 So thanks to anyone reading this for sticking with me though that hell-year, and please do stay safe in 2021!
Posted by Redtoof at 22:16

Email ThisBlogThis!Share to TwitterShare to FacebookShare to Pinterest
Labels: Other stuff